THE social calendar is littered with cocktail fundraisers, charity balls, and other gala events designed to keep not-for-profit organisations in business. 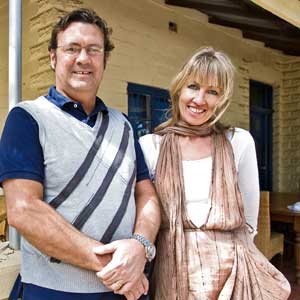 SUPPORT: PATRICIA AND RODNEY LAVATER HAVE BEEN PROVIDING CRISIS SUPPORT FOR YOUNG WOMEN IN NEED SINCE 1997. PHOTO: GRANT CURRALL

THE social calendar is littered with cocktail fundraisers, charity balls, and other gala events designed to keep not-for-profit organisations in business.

But it is rare at these events to see the measurable benefits that a donation can bring.

"(At our events) you actually get to see the recipients of the program, you get to have contact, in a sense, with where your money's going, rather than having a bunch of hired performers provide arts elements on the night," Mr Lavater told WA Business News.

"These sorts of events have the capacity to raise good money for an organisation, especially for us, and I just encourage people to come along.

"It's a bit more than entertainment value, there's something tangible about our events because the recipients of the program are part of the event."

Before its incorporation in 2006, the Esther Foundation was known as Esther House and Esther-Elizabeth House, but its agenda remains the same - providing crisis accommodation and education programs for Western Australian women in need aged 14 to 35.

In addition to housing 36 young women and their children, the foundation offers a comprehensive program of arts and recreation, designed to increase participants' feelings of self-worth, and establish a sense of purpose.

Participants are also given workplace-training opportunities within the Esther organisation and elsewhere in the community.

He said it cost, on average, $10,000 a year for each participant in the program.

"That's one of the burdens, financially we're successful in what we do and what we deliver, but I guess in a sense we are limited by the amount of money that is contributed to the organisation each year," Mr Lavater said.

"That doesn't effect what we do at the moment, but it does harness our capacity to do more.

"If someone supplied our budget each year of $500,000 we could concentrate on bigger and better things, to be honest."

One of Esther Group's main benefactors is the ABN Foundation, the charity arm of the housing industry giant Alcock/Brown Neaves Group.

The ABN Foundation currently supplies Esther with two residential premises and the associated funding to maintain their upkeep.

"For a father of three growing girls it's good to know that those sorts of facilities exist and the people are pretty genuine in their pursuit of making a difference out there."