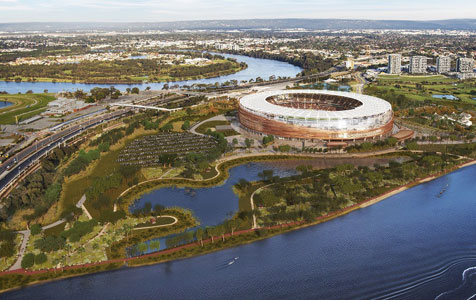 The Tourism Council WA says planning has to start now to ensure the new Perth Stadium is used to its full potential once it is complete in 2018.

The building and construction contractor hosted Premier Colin Barnett and departing Sport and Recreation Minister Terry Waldron on site yesterday as the first of 2,000 concrete piles were driven into the ground.

The first concrete slab at the site is expected to be poured by midway through next year.

By the end of next year, eight tower cranes will be installed on site in preparation for the installation of concrete seating platforms and the bronze façade in 2016.

Brookfield Multiplex WA regional managing director Chris Palandri said the stadium would need more than 5,700 workers during its construction phase, while hundreds of long-term jobs would also be created once it was complete.

Tourism Council of WA chief executive Evan Hall said the start of construction at Perth Stadium was a major milestone in the development of the state’s tourism industry.

But Mr Hall said event planning needed to start now to ensure the stadium was an active asset in 2018.

“New stadiums such as Adelaide Oval have attracted new crowds,” he said.

“Cities such as Melbourne have a competitive edge in tourism because of their stadium capacity.

“The stadium will be a huge tourism earner, but only if we have the big events scheduled from opening in 2018. 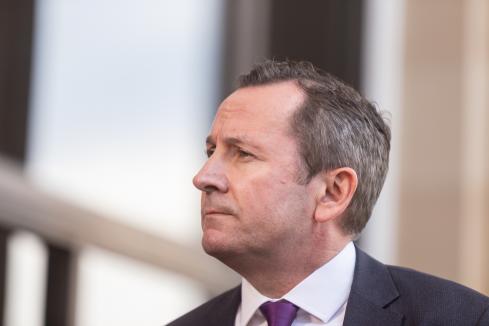