Euroz has announced its second expansion move in the funds management sector in the space of a week, with the launch of a partnership with Melbourne-based Flinders Investment Partners. 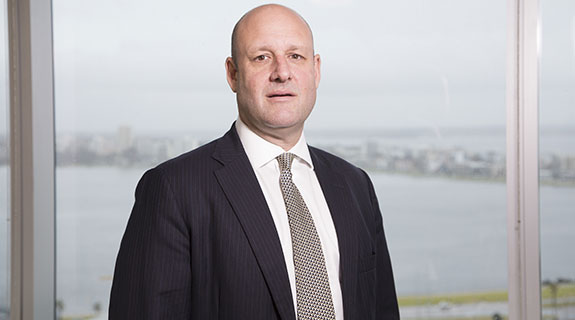 Euroz has announced its second expansion move in the funds management sector in the space of a week, with the launch of a partnership with Melbourne-based Flinders Investment Partners.

It follows news last week that Euroz has created one of Western Australia’s biggest public fund managers with its $7.8 million purchase of Entrust Private Wealth Management.

“We see continuing demand for high quality small companies managers, and with the talented team at Flinders, we believe we can deliver great outcomes flor clients,” Mr Tucker said.

Bundling Entrust’s $565 million in funds under management with the $260 million controlled by Euroz’s WestOz branded investment structures is a significant development; it means the combined $825 million in assets have moved the combined group well beyond a host of small corporate or industry superannuation funds holding a few hundred million dollars each.

While WA has a substantial financial services sector based around stockbroking and investment banking, funds management tends to be run out of Sydney.

The biggest public fund under management sector in WA is a superannuation fund, the state-owned $18.37 billion giant GESB. Its smaller industry fund cousin is WA Super, at $2.16 billion.

In between this is the Insurance Commission of WA with $4.5 billion.

Excluding listed property investors such as BWP Trust, the next known WA-based fund manager is Investigator Trust, which is understood to have $1.32 billion in assets and is run by Willy Packer out of Cottesloe, which has a host of small specialist funds based there.

Mining-focused private equity investor Resource Capital Funds is arguably bigger, but the $4 billion business is domiciled in the US state of Colorado, and it is difficult to apply a weighting to funds managed from WA (albeit the firm’s co-founder and current managing partner James McClements is based here).

Another subset of funds management is the more exclusive family wealth typically managed by in-house teams of investment managers. The family of the late construction magnate John Roberts, shopping centre and car dealership owner Stan Perron, and Navitas founder Rod Jones all have various levels of such expertise to manage their private fortunes but data is sparse.

It is an intriguing move for Entrust co-founder and chairman Graeme Yukich to return to the stockbroking fold.

Mr Yukich quit stockbroker Hartleys in 2002 to start Entrust with Andrew Fry and Brad Gordon, beginning with around $100 million in funds under management. The split was acrimonious and came at a time when Hartleys was restructuring after a tumultuous period as a listed company that had a national retail broking network and a technology division.

Entrust has employed a few different strategies of its own during the past decade or so, including a period of shareholder activism and an attempt to double its size in a merger with Finovia, which was ultimately abandoned.

It also has had a successful focus on technology development, an investment that Mr Yukich said gave it economies of scale advantage as regulation, compliance, and customer requirements increased.

Mr Yukich believes an additional focus on training has kept Entrust ahead of the pack in the wealth management business and made his business an attractive fit for Euroz, which has sought to expand into the retail space after a long focus on institutional stockbroking.

Apart from the WestOz stable, other local stockbrokers’ control over public-listed investment companies is limited. There is the Bell Potter-linked Katana Capital with $36 million, as well as Patersons’ asset management division, which has two small funds.

Euroz executive chairman Andrew McKenzie said the company had been working to develop its investment management capability through its Westoz joint venture.

"The joint venture has been set up to implement our long term strategy to create and foster a quality, multi-boutique investment management business," he said.

Yesterday, Business News reported Euroz had dipped into the red, posting a $7.1 million net loss for the 2015 financial year.