Euroz in the red with $7m loss

Euroz has halved its dividend after recording a $7.1 million net loss for the 2015 financial year, on the back of poor performance in its investment arm and modest profits in its stockbroking division. 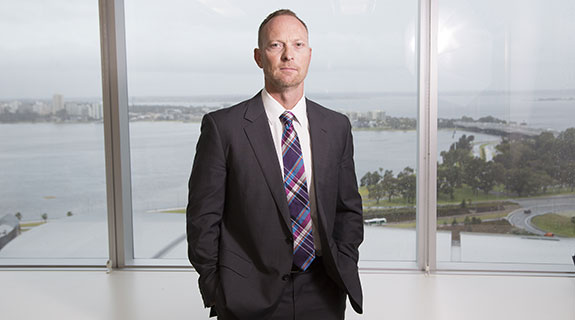 Euroz has halved its dividend after recording a $7.1 million net loss for the 2015 financial year, on the back of poor performance in its investment arm and modest profits in its stockbroking division.

The company said it was pleased with its Euroz Securities and Westoz Funds Management divisions, which remained modestly profitable despite difficult market conditions in its Western Australian and resources-related markets, however its significant long-term investments in Westoz Investment Company and Ozgrowth continued to have a negative non-cash impact on profitability.

“The current year’s headline net loss is after accounting for the negative effect of a $15 million after tax decrease in the market value of our investments including Westoz and Ozgrowth,” Euroz said.

“We can report that a slightly stronger second-half from Euroz Securities boosted our underlying unaudited cash earnings per share for the year to about 5 cents each.”

Euroz reported a pre-tax operating profit from normal activities of $8.8 million, down 58 per cent on the previous year.

The company said its Euroz Securities business was a much stronger operation after merging with Blackswan Equities early in the year, with assisted brokerage revenues 44 per cent higher.

Corporate income was lower as a result of less equity capital markets activity.

Executive chairman Andrew McKenzie said the directors were pleased that, despite challenging markets, the business was still able to generate underlying profits and pay the 5 cent dividend.

“We have worked extremely hard in the last year to closely manage our operating costs and yet invest in appropriate opportunities to refine our existing businesses,” he said.

“We have now laid the foundations for our strategy to build a more consistent base of underlying, recurring revenues through our growing wealth and funds management businesses whilst still retaining the transaction-based upside of our traditional stockbroking business.”

Earlier this month, Business News reported that Euroz was expanding its funds management offering with the acquisition of Entrust Private Wealth Management for $7.8 million.

Euroz shares closed nearly 1 per cent lower to $1 a share.