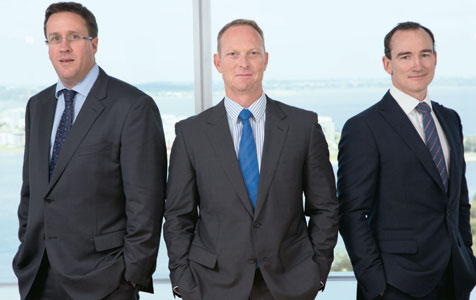 Such a deal, if consummated, would project Euroz Securities into the top order of the state’s brokerages from its current sixth position with 30 client advisers when last surveyed by Business News.

Blackswan was ranked outside the top 10 but if its 17 client advisers all joined the merger it is likely the combined entity would rank second in WA, leapfrogging Hartleys with 46 client advisers.

Patersons Securities is the highest ranked broker in the state with 80 client advisers.

The rumoured deal comes at a tough time for broking and advisory firms.

According to Blackswan’s annual report for the year ending June 30, its net profit was $569,765 on revenue of $9.3 million, down from more than $1.8 million net profit the previous corresponding period on revenue of just over $11 million.

Euroz experienced an even more dramatic fall in profits for the same period, dropping to $6.3 million from $11.8 million, on the back of an even greater plunge in revenue to $38.4 million from $98.7 million.

However, in March, Euroz reported a 23 per cent increase in interim net profit to $12.4 million, reflecting higher operating profits from ongoing activities and unrealised profits from investments. At the time it stated that it believed commodity and resources-related markets were close to improving and that it was confident it was well positioned to take advantage of that with a strong market position and solid balance sheet.

Blackswan opened for business in May 2009 under the leadership of former Macquarie Equities and Porter Western directors Tim and Simon Lyons. In the same year it merged with Stripe Capital, which was formed in 2005 when a team from Macquarie joined ex-Sealcorp chief Jan Kolbusz.

In 2011, Blackswan ranked as the eighth largest broking firm in Perth with 20 advisers but it dropped out of the top 10 the following year. Late last year it had 10 client advisers and was ranked in 14th position.