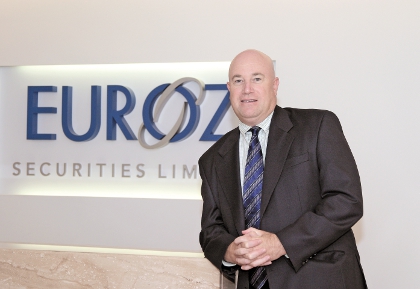 Perth company Euroz has reported a sharp rise in its first-half net profit, with higher profits at its investment companies offsetting weaker earnings from its core stockbroking business.

In its unaudited first half results released today, Euroz booked a net profit after tax of $10.3 million for the six months to the end of December 2012, up from $2.7 million from the prior corresponding period.

In contrast, Euroz recorded a pre-tax operating profit of $4.49 million, down from $8.9 million.

“Whilst we have seen a general improvement in equity markets and returns during the past six months, low trading volumes and activity have continued to affect all market participants,” Euroz said in a statement.

The company said its strong balance sheet and consistent profitability continues to differentiate Euroz from its competitors, and was demonstrated by its net tangible assets which now stand at $129 million or 90 cents per share.

“Our established market position and unique structure will continue to provide investors with comfort during difficult markets and leverage to improved trading volumes, commodity prices and dealflow when our markets inevitably improve,” Euroz said.

The company has declared a fully franked interim dividend of 1.5c per share.