The war in Ukraine is likely to lift emissions in the short term, but may accelerate the transition away from fossil fuels. 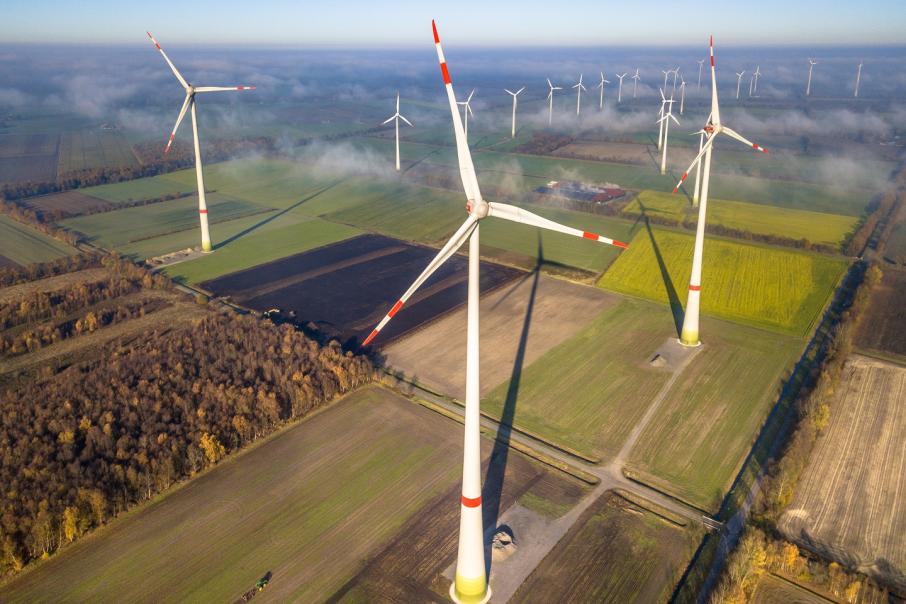 Germany has committed €200 billion to bring forward its goal of 100 per cent renewable power by 2035. Photo: Stockphoto

There’s nothing like a crisis to focus the mind on immediate realities, and the war in Ukraine has presented a series of uncomfortable truths for the global energy transition.

Europe is the region most dependent on the supply of Russian oil and gas, with its response to the crisis being critically important and requiring a phased nuance to avoid catastrophic disruption.

Coal will be the leading short-term benefactor from the European response, given the continent’s aim to reduce dependence on Russian gas by two thirds by the end of the year, and gain complete independence from Russian gas, oil and coal by 2030.

According to Europe’s coal industry association, Euracoal, the US and Australia can replace 70 per cent of Russian coal currently imported into Europe.

Previous announcements to retire coal generation will be eased and assets brought out of retirement, which the International Energy Agency expects can reduce Russian gas imports by 15 per cent.

According to Bloomberg, this would increase the EU’s emissions by 8 per cent.

How long these additional emissions continue will be dependent on establishing alternative supplies of gas and renewable energy, which will come at greater cost and possibly beyond the timeframe envisioned.

Additional gas supply can be sourced from LNG markets, but additional pipeline gas will require infrastructure spending that would then lock-in longer-term supply contracts.

An embargo on Russian oil may benefit OPEC members, although thus far there has been a stubbornness to increase production to a level that materially eases prices.

There is a push from the Biden administration to increase US output, although this too remains uncertain, with many US oil companies under pressure to maximise returns and repay debt rather than invest in bringing on additional production.

While it’s clear coal and alternative gas supplies will be a short-term winner, there’s an argument that this won’t be a long-term trend and that this energy shock will create the conditions for an acceleration to renewable energy.

Indeed, at the same time as Germany continues coal generation in the shorter term, it has committed €200 billion to bring forward its goal of 100 per cent renewable power by 2035.

Across the Europe Union, the European Commission is proposing to quadruple its 2030 renewable energy target to stimulate the market for green hydrogen.

Some see this as a tangible example of the energy transition accelerating, which will more than make up for the short-term increase in emissions.

For example, activist investor TCI Fund Management declared high oil prices as “positive” and “a massive wake-up call” on the need to invest in an accelerated agenda.

As with all things, it’s not that simple.

How we manufacture, transport, and assemble renewable energy infrastructure requires the very commodities that are experiencing high prices.

An acceleration of renewable build-out will put upward pressure on prices, further curbing economic growth and leading to higher prices for renewable energy.

Renewable energy in the electricity sector is also just one part – arguably the most straight forward part – of a wider decarbonisation agenda.

For hard-to-abate sectors, low emissions technology at the scale required to replace fossil fuels has yet to arrive.

This crisis could lead to further investment to support the development of these technologies, but commerciality remains in the medium to long term.

The European Commission recognised that a key to meeting its new targets is to speed up permitting processes and to address unnecessary red tape.

The commission will need to go further still and begin to alter its cultural opposition to mining, which includes commodities required for batteries, electric vehicles, and other high-tech applications.

This isn’t just a European story.

Jurisdictions across the globe, including here in Western Australia, are facing increasing permitting times and costs to bring on new projects.

Quite the paradox when these are the very projects that are required to meet climate ambitions.

This crisis has shown just how fraught an orderly energy transition will be.

At an international level, we can say goodbye to the notion of true global action on reducing emissions.

The hint of optimism that some felt from Glasgow, despite Russian and Chinese leaders not attending in person, is gone in the short term.

The lack of a global alignment will create a backdrop for countries to water down their own ambitions, with country blocs or alliances on climate action coming publicly to the fore.

This makes Australia’s position of being part of, but not the leader of, collective action while remaining true to its strengths all the more prudent.