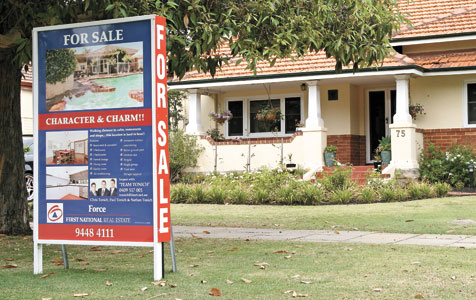 Sales activity is stalling in Perth’s established homes market, with the level of transactions exceeding long term averages just twice since the GFC.

Analysis of established home sales by the Real Estate Institute of WA shows there appears to be limited appetite for existing homes in the post-GFC environment.

Investor activity has been soft, REIWA executive manager of research Stewart Darby said, largely due to rental demand decreasing across WA since 2012.

He said many existing home owners were hanging on to their properties despite a record low interest rate environment.

“The reluctance to spend is evident in retail sales data with consumer confidence in pessimistic territory in 2014,” Mr Darby said.

“Global uncertainty and tight fiscal constraints for both the national and state economies, along with unwillingness to take on additional debt in uncertain times, affordability and potentially dwelling price growth are also contributing factors.”

He said another limiting factor in the established housing market was the cost of transactions, with a reduction in stamp duty receipts having obvious implications for the state government.

“REIWA acknowledged this issue in its 2014-15 state budget submission which included analysis around the declining trend in turnover of the existing dwelling stock, indicating households are remaining in their dwellings longer,” Mr Darby said.

“Volatility and uncertainty remain a feature of the post-GFC environment which has no dampened investment in new dwellings but has curtailed market activity.

“It remains to be seen how this will play out over the balance of the decade.”