Espresso to market with new display

Portable, user-friendly tech is finding a ready market as more of us work remotely. 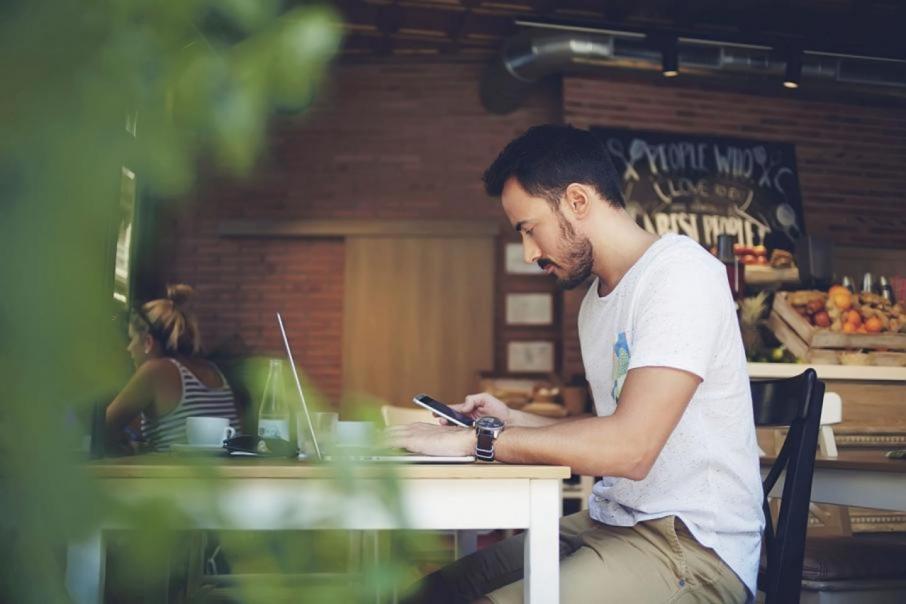 Sydney-based startup Espresso Displays is not only imagining this future, it’s already getting ahead of potential problems. Photo: Stockphoto

WHAT will the future of work look like, now that we’re all used to Zoom calls and working out of the office?

Sydney-based startup Espresso Displays is not only imagining this future, it’s already getting ahead of potential problems.

The company’s debut product is the world’s thinnest portable touch screen monitor, which works with your laptop or even your phone.

It won a Gold Australian Good Design award at the end of 2020. Espresso Displays is focused on creating products that meet the needs of freelancers, entrepreneurs and anyone who wants to do ‘deep work’ from anywhere that isn’t a normal office (whatever that is, these days).

Will Scuderi says the genesis of Espresso Displays was a conversation he was having with his fellow co-founder, Scott McKeon, about the challenges of trying to get their university assignments completed.

While working from home can be difficult and distracting, working at uni or in a cafe comes with similar obstacles: space is limited and cramped, and a 12-inch laptop screen can test your patience.

These challenges are something we’re all now experiencing in this new ultra-flexible work environment.

So, Messrs Scuderi and McKeon decided to create a monitor that didn’t require power cables and was thin and light enough to carry around. It would be bigger, at 13 and 15 inches, and be named the Espresso Display.

And that’s exactly what they did, launching a successful Kickstarter campaign and raising about $408,000 to create a prototype.

The Espresso team designed every part of the product and experience, Mr Scuderi said, even down to commissioning Maddy Hodgetts, a Ngiyampaa Wiradjuri artist, to create the artwork on the box.

“Indigenous artwork and consumer technology have not been fused together in the past, but we think it’s a great fit as it’s very recognisably Australian,” Mr Scuderi told Business News.

“And a device used to help people be creative anywhere fits well with the artwork theme.”

The product was developed before COVID-19 forced companies more broadly to develop their working-from-home strategies, so Espresso’s business is now growing steadily amid the continuing uncertainty caused by the pandemic.

The Espresso Display is now shipping to the US, the UK and the EU, as well as across Australia.

They’re also on Amazon. “Before COVID, everything was shifting to flexible work,” Mr Scuderi said.

“People ask if we positioned our product for that reason, and the answer is no; we saw this before, because it was a key problem.”

The business also recognised there was a massive market that wasn’t being catered to, and that had been the key to the success on Kickstarter, he said.

“We realised we got here because there are a lot of people out there who want to be able to do a lot of work, to do their best work anywhere,” Mr Scuderi said.

Companies such as Dell and HP, which make accessories like monitors, are largely focused on large businesses rather than entrepreneurs or students, he said.

This was the reason why a product like the Espresso Display didn’t exist before, and why it was a massive growth area.

“We’re expanding our display range to cater for the needs of a wider audience: people like designers, engineers, analysts, consultants wanting a bigger screen on the go,” Mr Scuderi said.

“Beyond that, we’re working on creating the biggest portable screen that can still fit in your bag.”

While Mr Scuderi didn’t elaborate as to what this would actually look like, phones with folding displays such as the Samsung Galaxy Fold may give some idea where they might be headed.

And for someone who does her work from anywhere (this article was written in an IKEA restaurant), this sounds mighty appealing.

• Dr Kate Raynes-Goldie is a multi-award-winning designer, researcher, futurist and certified facilitator of LEGO Serious Play. She is also the CEO of Lovego, where she is improving the dating experience for business women.