Lundin and Inmet, which mines copper and zinc, last month announced "a merger of equals" in a transaction valued at about $C9 billion.

Equinox on Monday said it would offer Lundin shareholders a combination of cash and Equinox shares for a total consideration value of $C8.10 per Lundin share.

The offer reflects a 26 per cent premium to Lundin's closing price on the Toronto Stock Exchange on Friday of $C6.45 per share.

"This offer is clearly superior to the nil-premium merger proposed between Lundin and Inmet," Equinox president and chief executive Craig Williams said in a statement.

"We also believe that our offer presents an attractive option for Lundin shareholders to elect to receive cash or retain exposure to what we believe would be one of the strongest and lowest risk production and growth profiles in the copper sector today."

Equinox said the offer was consistent with its strategy of becoming a leading global pure copper growth company.

"Equinox believes that the combination of Equinox's and Lundin's world-class asset portfolios will position the combined company to deliver significant value to its shareholders through its superior leverage to near-term strength in copper prices and strong growth profile," Equinox said.

The combined group would have a targeted 23 per cent compound annual growth rate in copper production over the next six years, culminating in planned output of about 500,000 tonnes of copper per year by 2016, Equinox said.

"Growth would be delivered entirely from lower risk expansion of existing operations and a project currently under construction," Equinox said. 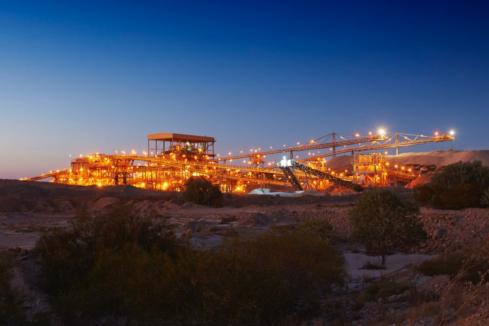