US company Equinix is planning to establish a third data centre in Perth, which it said was becoming Australia's second digital gateway to international markets. 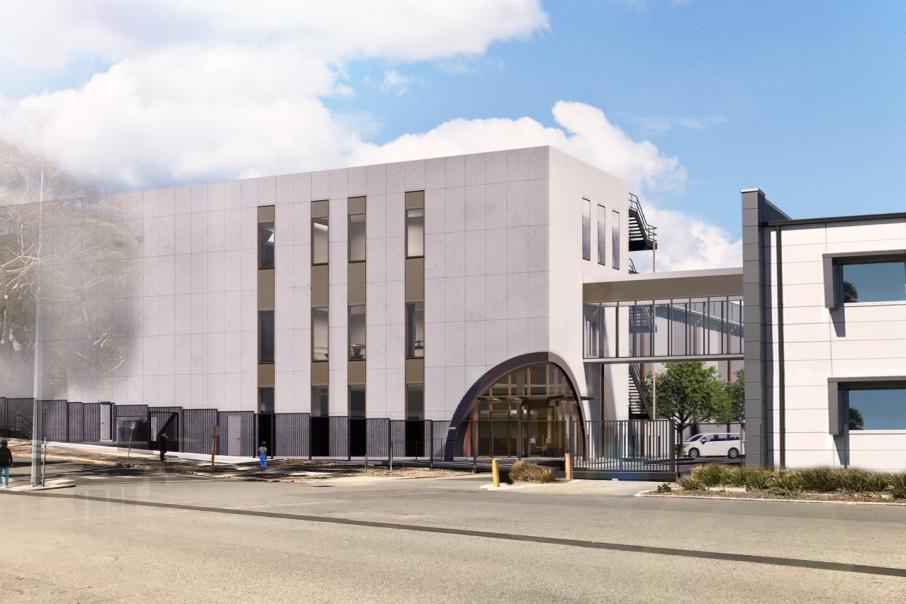 An artist's impression of the new data centre, to be known as PE3.

US company Equinix is planning to establish a third data centre in Perth, which it said was becoming Australia's second digital gateway to international markets.

The first phase of the project is budgeted to cost US$54 million (A$76 million).

Equinix said the new centre, to be known as PE3, would meet growing demand for digital infrastructure and networking capabilities in Western Australia.

The first phase of PE3, to be located alongside Equinix’s existing PE2 data centre in Shenton Park, is targeted to open in the fourth quarter of 2021.

Equinix said the new facility will provide access to more than 1,045 companies, including 215 networks and 395 cloud computing providers.

It said Perth was increasingly becoming a strategic part of Australia's internet infrastructure due to its proximity to Southeast Asia and direct connectivity via two subsea cable links, the Australia Singapore Cable (ASC) and Indigo Cable.

With a third subsea cable being built between Australia and Oman, it said Perth was evolving as the country's second digital gateway to international markets.

The new investment will bolster Equinix’s capacity to compete with other big data centre operators such as NEXTDC, Fujitsu Australia and Pier DC.

NEXTDC has invested about $80 million in its high-rise P2 data centre, which opened early this year on Newcastle St in central Perth.

At the small end of the market, local firm DC Two plans to re-establish a tier 3 data centre at Bibra Lake that was originally developed by Sydney-based Frontier DC.

DC Two listed on the ASX today after a $5.5 million initial public offering.

The first phase of Equinix's PE3 centre will offer a capacity of 650 cabinets and a colocation space of more than 1,830 square metres.

When fully built, the facility will offer 1,650 cabinets and a colocation space of more than 10,600 square metres.

Today’s announcement comes 18 months after Equinix completed a $15 million expansion of PE2, which has total capacity of 700 cabinets and an estimated co-location space of 1,720 square metres.

The PE3 investment was endorsed by mining giant BHP and local IT services company Zetta.

“The expansion of Equinix's Perth presence with PE3, along with its connectivity to Southeast Asia, gives an organization like ours the low-latency digital platform we need to expand in key markets, while delivering stronger performance and productivity through real-time data-driven insights," Mr Forth said.

Zettagrid network manager Simon Dixon said that, as an Australian cloud computing provider to the Asia-Pacific region, his company was pleased to see that Equinix remained committed to investing in our city.

“The expansion of the Equinix platform in Perth will enable us to continue providing the agile and resilient foundation our customers across the region need to thrive," Mr Dixon said.