The slowdown in mining project work has resulted in a 26 per cent fall in the number of environmental professionals employed at the state’s biggest consulting firms over the past year. 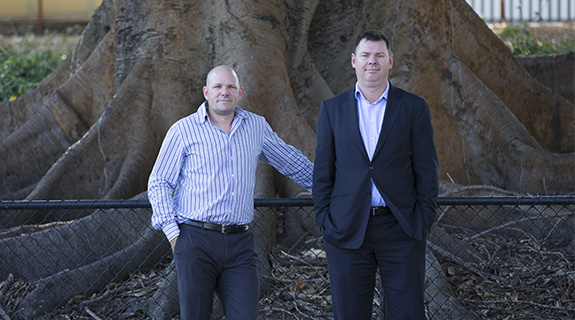 The slowdown in mining project work has resulted in a 26 per cent fall in the number of environmental professionals employed at the state’s biggest consulting firms over the past year.

The biggest player in the sector is WorleyParsons’ subsidiary Advisian, which was created last year through a combination of advisory business Evans & Peck, enterprise risk and sustainability practice EcoNomics, and US-based management consulting firm MTG, which specialised in the oil and gas, petrochemicals and chemicals industries. 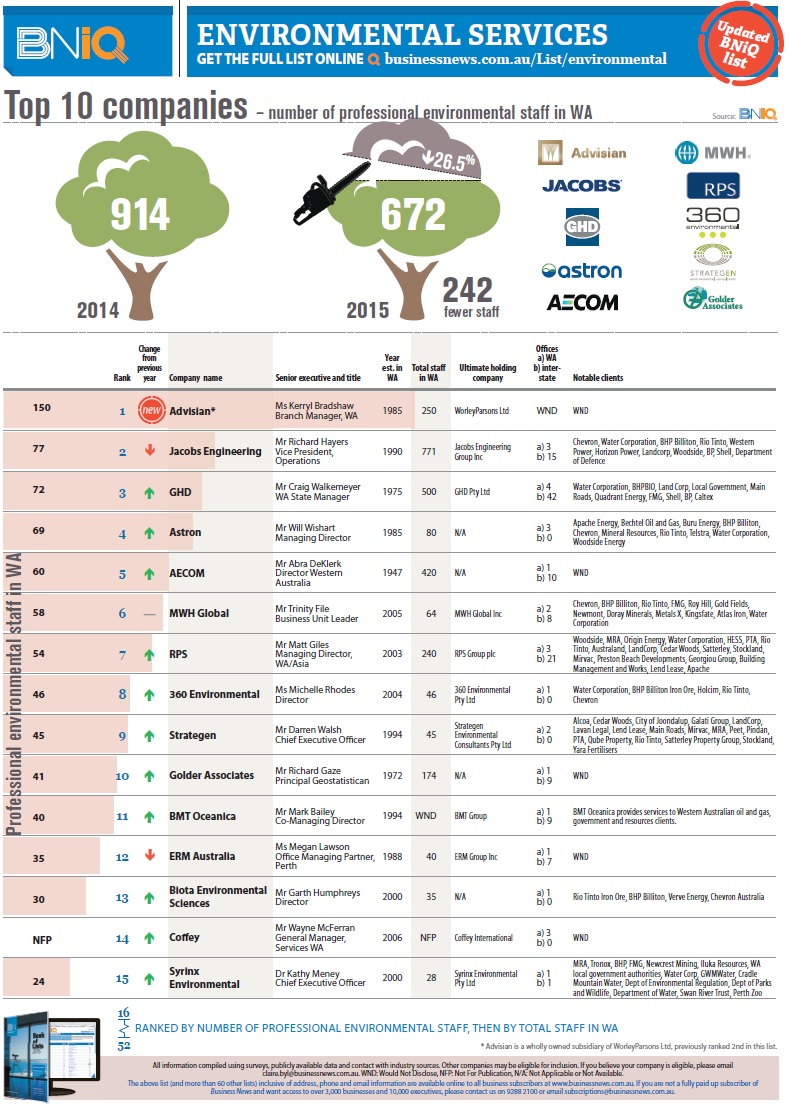 Advisian told Business News it has 150 environmental consulting staff in Western Australia, out of a total workforce of 250.

All of these firms have substantially cut the number of environmental professionals they employ over the past two to three years.

Jacobs Engineering, for instance, has dropped to number two on the BNiQ list with 77 environmental consulting staff, well down from the 250 it had three years ago.

Specialist environmental consultants that sit high on the list include local firms Astron and 360 Environmental and international firm MWH Global.

Ecologia Environment provides a clear insight into the sector’s changing fortunes, as a result of its three years as part of listed company Resource Development Group.

At the time, Ecologia had nearly 40 personnel and annual turnover peaked at about $5.5 million.

In June this year, as part of a broad restructure by RDG, Ecologia’s management team bought back the business for just $22,277. In addition, the new owners inherited substantial liabilities, including for staff and premises.

The firm is ranked number 18 on the BNiQ list with 20 environmental professionals on its team, including casuals engaged for field work.

“We can now offer our clients more competitive rates as we have been able to reduce our overheads,” he said.

“This is particularly important given the current market conditions.”

Mr Brill said the mining sector was still providing opportunities but the firm was looking to diversify into infrastructure and land development work.

He said Ecologia was committed to servicing these sectors long term.

“You need to commit to diversification and stay the course,” Mr Brill said.

“We’re willing to make that commitment.”

The firm has also formed a cooperation agreement with neighbouring business SoilWater Group, which offers below-surface hydrogeological services that are complementary to Ecologia’s above-surface biological services.

The two firms have secured their first contract with a major WA iron ore producer. 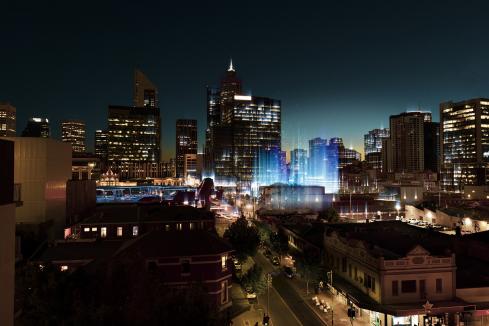