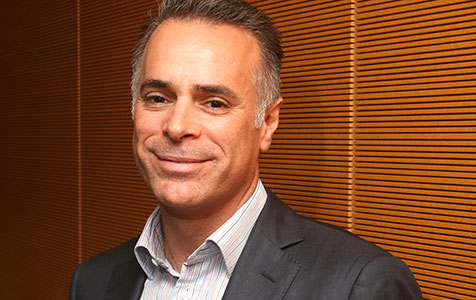 It takes more than a winning idea to be able to call yourself an entrepreneur.

"An entrepreneur will see things as they could be, or should be, and make it happen"; that's the definition Hegney Property Group founder Gavin Hegney assigns to the (now) commonly used term.

"It's about being able to spot an opportunity when others can't, then (having) a willingness to take a risk to pursue that opportunity, and balancing it with good business acumen or common sense and logic," Mr Elliott told Business News when discussing his position as one of 12 candidates for the Ernst & Young Entrepreneur of the Year (Western Region) title.

While the 12 candidates come from vastly different backgrounds and business sectors, common traits include a constant search for new opportunities, and the capacity to risk personal and financial security to turn the seeds of an idea into a reality.

Resources consultancy CSA Global has thrived on the back of the mining boom in Western Australia, growing to 150 staff and nine offices worldwide.

But business hasn't always been buoyant and in the midst of the GFC managing director Jeff Elliott had to plot a pathway for CSA Global to ride out the economic turmoil.

Instead of slashing costs, Mr Elliott opted to do the "house work" that had been neglected, as well as making a left-of-field decision to expand into Indonesia.

Helped by a strong balance sheet and continual reinvestment in the company, CSA Global is again going against the grain, using the current slowdown in the mining sector to open an office in Moscow – a region Mr Elliot says is lucrative but "takes guts" to enter.

"[Moscow] is a real success story for us [but] most Western investors don't like it because there's a fear factor of Russian mafia or whatever; but we foresee that it's going to really take off," Mr Elliott told Business News.

TFS Corporation executive Frank Wilson also sees the benefit of doing the unexpected. He says the sandalwood grower probably wouldn't have survived the GFC – which devastated its competitors – if it had stuck to safe decisions.

"I'm a big believer the cost of not taking risks, and our business wouldn't have survived if we hadn't done a lot of things," Mr Wilson said.

"We had to do something different ...people said it was risky, but had we tried to [raise the money] here we probably wouldn't have gotten past 'go'," Mr Wilson said.

The story of how Global Construction Services started out is testament to Enzo Gullotti's capacity to back his judgment.

In 2003, Mr Gullotti bought a company without start-up capital – relying solely on borrowings and vendor financing. In the space of four years it acquired a further 10 companies and listed on the ASX (2007).

"We took quite a significant chance ... but it was a fairly calculated risk and it was just about getting that first leg up and getting across the line," Mr Gullotti told Business News.

GCS has also diversified to provide a whole suite of integrated services, which Mr Gullotti said set it apart from its competitors.

What started as a real estate business now includes financial services and a growing property development division. In the next year Blackburne will settle sales for its own developments amounting to $150 million.

Contractor Ertech Holdings, founded by Jim Giumelli in 1981, has also diversified and increased its capability to include civil and concrete construction, asset remediation and protection and marine and geotechnical services.

It's now a major contractor to Chevron and delivers more than $350 million in projects annually.

Mr Giumelli said the company's innovative employee-ownership structure, benefits of being an unlisted company, and focus on providing a top-quality service had helped enable it to expand 32 per cent per annum over 32 years.

"We're good at what we do, and we save our money and reinvest it in the company," Mr Giumelli said.

Being successful also requires patience, however.

"When starting out in business you need money to grow, and a lot of people make the mistake of pulling money out too early," Mr Giumelli said.

While some in this year's list of nominees for the EY awards have found success in diversification, others have identified and pursued a market niche.

Sam Keats established Living Environs to bridge the gaps in outdoor renovations, while Sue Pember's Aussie Orientation Services recognised that companies relocating workers needed someone providing support on the ground once they arrived.

Demand for Ms Pember's services has dropped in recent months because of changes to temporary visa rules and resources companies holding off on key employment decisions.

In response, Ms Pember has identified another market she can service – managing companies' rental portfolios.

"If I'm making apple juice, and apples suddenly go out of fashion, then I'm just going to find something else that I can sell," Ms Pember said about her ability to adapt.

That determination is, not surprisingly, a characteristic in most entrepreneurs.

Property go-to man Gavin Hegney is proof that anyone can succeed in business if they can spot an opening and chase it down.

He took the bold decision to start a property valuations business – Hegney Property Group – in 1990 when the WA housing market was in the doldrums.

Without another source of income the business had to succeed, otherwise Mr Hegney would lose his home; and it was his non-conformist strategy to focus on the residential market that made the business a success.

"The big firms at that stage tended to specialise in the commercial space, and I decided to go with the non-sexy residential market, which no one thought you could make any money out of," Mr Hegney said.

Despite his success, Mr Hegney is determined to secure a reputation as a national commentator on property issues, and is constantly striving to refine the business and generate more income.

The youngest in the list of nominees is Roy Mellon, founder of Proactiv Payroll, who at just 26 years of age had already founded the business, sold it off to a global company, and then re-purchased the Australian division and established it as the sister company.

Mr Mellon's drive for success may help set him up for early retirement, but his Army training has instilled a work ethic common among those entrepreneurs.

"In the army you don't leave until the job's done. I'm not a clock-watcher; at the end of the day if the job's not done you don't go home," Mr Mellon said.

One common drawback of entrepreneurs' dedication to their work is the issue of how to escape the business for downtime.

Read about how some manage to get away from the daily grind here.