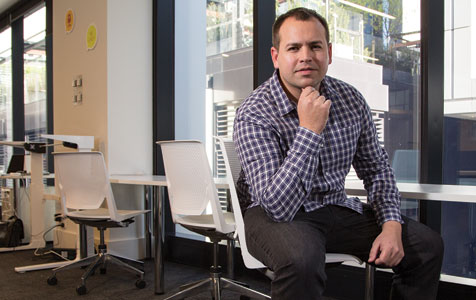 But he said drastic reductions in state government funding for technology and innovation also meant there was more pressure on the sector to step up and be more self-sufficient.

In the recent budget, the Barnett government committed to spending $33.7 million on industry and technology through the Department of Commerce in the 2013-14 financial year.

However that figure drops to only $9.6 million for the 2014-15 financial year and beyond.

“The budget has been cut but that money isn’t going into anything new,” Mr McCulloch said.

“The concern for me is that that money hasn’t been reinvested in building new industry and new markets even though that’s what is talked about all the time.”

Mr McCulloch also raised concerns that awards such as the Innovator of the Year and Curtin University’s innovation programs would be cut.

“There’s all this talk about the diversification of the economy but the government department that was actually in charge of implementing that (is likely to) no longer exist in a year,” Mr McCulloch said.

“It’s something that we need to focus on and that industry probably needs to take a lead on, but at the moment there actually won’t be any support for innovation in Western Australia in 12 months.”

The Spacecubed expansion is evidence of SiiWA doing what it can to support innovation and entrepreneurship through collaborative working; and it also provides a clear indication of the demand for such services.

Spacecubed has received strong support in the 18 months since it opened, with membership having reached 340, a large contingent of which is comprised of start-up businesses.

Mr McCulloch said there was now interest in collaborative working from areas including the corporate sector, which was beginning to recognise how it could help spur innovation.

“The way to generate value for organisations now is through these collaborative environments and it’s now being seen as a competitive advantage,” Mr McCulloch told Business News.

Shying away from paying high office rents in the central city was also a driver for corporates, with Spacecubed membership beginning at only $22.50 per month.

SiiWA received a helping hand to establish Spacecubed when the landlord of the property at 45 St Georges Terrace, Stockland, agreed to subsidise rents while the co-working idea took off.

The organisation has now signed a full five-year lease with Stockland and teamed up with furniture designer Howarth for the lease on the new space above The Heritage bar and restaurant in Brookfield Place.

Mr McCulloch said SiiWA’s plans were for more Spacecubed co-working spaces to be opened around Perth, with Joondalup and Fremantle pitched as prime locations.