West Perth-based Entek Energy has finalised a $15 million deal to acquire a majority interest in a producing coal bed methane field in Colorado.

West Perth-based Entek Energy has finalised a $15 million deal to acquire a majority interest in a producing coal bed methane field in Colorado.

- Entek seals $US12.5 million (A$15.1 million) "onshore" US deal, to acquire up to a 55 per cent stake in a producing coal bed methane (CBM) field (Slater Dome) and other undeveloped oil and gas reserves (Focus Ranch Unit) within approximately 66,000 leased acres of highly prospective ground.

- The farm-in agreement more than doubles Entek's proven (1P) and probable (2P) reserves in the US, underpinning its future with long-life (plus 20 year) production.

- The Slater Dome Field (CBM) in Colorado is already a significant coal bed methane (CBM) producer having averaged in excess of one million cubic feet a day, and with independently assessed proven plus probable reserves of 35.2 billion cubic feet.

- The Focus Ranch Unit in Colorado has independently assessed proven plus probable reserves of 2.26 million barrels of oil and condensate and 7.59 billion cubic feet of gas.

- Both the Slater Dome Field and Focus Ranch Unit offer substantial upside reserve upgrade demonstrated by the possible reserves and prospective resources attributed to each project.

With this transaction, Entek Energy has more than doubled the size of its US business and has set itself on track for substantial growth in both future revenue and reserves, which is expected to be funded in the main via existing cash resources and both current and future income streams.

Under the terms of the farm-in agreement with New Frontier Energy Inc (New Frontier), Entek will spend the vast majority of the $US12.5m commitment on a three-year work program aimed at increasing both production and reserves. In return, it will emerge with a 55% stake in substantially all acreage as well as production and pipeline facilities.

The Focus Ranch Unit has proven plus probable reserves of 2.26 million barrels of oil and condensate and 7.59 BCF of natural gas. It also has two existing wells ready for production testing.

The agreement also provides for Entek to explore an Area of Mutual Interest (AMI), which covers 4 counties that includes New Frontier's 66,000 (approx) acres under lease. Entek considers the AMI to be highly prospective for both further coal bed methane and conventional/continuous oil & gas discoveries/reserves.

Entek Chief Executive, Russell Brimage said "a further attraction of the deal was the inclusion of existing and newly installed processing and pipeline infrastructure, valued conservatively at $US5.5 million."

"The deal boosts Entek's US proven and probable reserve base from 20 BCF of gas equivalent (BCFE), which is held within its "offshore" Gulf of Mexico (GoM) interests, to about 43 BCFE."

"The long life reserves attributable to this transaction are the perfect complement to our Gulf of Mexico (GoM) operations," Mr Brimage said. "GoM projects typically generate high rates of return over project lives of three to five years and Entek will continue to accumulate prospects in the GoM."

"But at the same time, the New Frontier assets give Entek an excellent opportunity to develop long-life reserves of 20 years-plus which are relatively lower risk, are already producing and have the necessary infrastructure in place."

"Within the Slater Dome Field our objective is to maximise efficient production to generate strong revenue while growing the reserves."

"Within the Focus Ranch Unit, some of Entek's initial emphasis will be on evaluating the two existing discovery wells, "12-1" and "3-1" these both encountered and flowed oil and gas on test. Entek will undertake further testing and plans to bring the wells into production as soon as possible."

Within the acreage four main plays are of interest to Entek, these being:

- The Niobrara Formation "continuous oil and gas play" (as described by the United States Geological Society), where up to 800 MCFPD of gas and more than 100 BOPD have been produced on test from multiple levels within the Focus Ranch Unit. The play exists across Frontier's held 66,000 acres, as evidenced by the production in the southeast from the "12- 1" well within the Focus Ranch Unit and the production from the Sierra Madre Field to the
northwest, immediately adjacent to the acreage, which has produced 4.2 BCF and 1.3 MMBBL oil to date. The play is also believed to extend outside of the existing leases, but within the Area of Mutual Interest.

- Conventional sandstone targets of the Frontier Sandstone, Deep Creek Sandstone and Dakota Sandstone, where gas has been produced on test across the acreage at up to 2.5 MMCFD, have the potential to add significant reserves and production. These sandstones will initially be targeted at both Slater Dome and within the Focus Ranch Unit.

- Additional resources as estimated by New Frontier of 234 BCF of 3P reserves associated with the Slater Dome Gas Field (currently less than 20 wells in production with potential for 500 well locations), plus prospective resources associated with the Niobrara Formation and Frontier Sandstone within the Focus Ranch Unit of 336 BCFE (potential for 24 well locations). Entek believes these numbers are encouraging for the acreage and will focus its work program to increasing both the production and certified reserves from all plays.

THE WORK PROGRAM (Year One)

The proposed work program starting from August 2009 is as follows:

- To workover a number of producing wells within the Slater Dome Field (CBM), to increase production.

- To drill a new well, testing multiple pay zones adjacent to the Slater Dome Field, for immediate tie in to the gathering system. It is believed that this well will add substantial reserves and significantly increase production revenue.

- To increase the certified reserves from the Slater Dome Field (CBM).

- In addition, geological, geophysical and engineering work will continue on the preparation of further high impact wells that will significantly increase reserves and production as well as proving up the multiple plays across the acreage.

- To increase the prospective resource and reserves of the oil prospective (produced on test in the "12-1" well, good shows in the untested "3-1" well) Niobrara Play across the acreage.

KEY ELEMENTS OF THE DEAL

- Entek agrees to spend US$12.5 million over three years on exploration and development within an area of mutual interest to earn 55% of New Frontier's interest in its acreage and assets and any new acreage acquired during the farm-in term within the Area of Mutual Interest.

- Entek may terminate the farm-in at any time, and will retain a pro-rata interest in NFEI's acreage and assets, calculated on the termination date expenditure by Entek as a proportion of US$12.5 million.

- Entek will pay NFEI $US1 million for an initial 4.06 per cent stake in the acreage and assets. Entek will also spend $US3 million in the first year. These two items will entitle Entek to an assigned 20.3 per cent interest immediately upon settlement.

- Entek shall, in consultation with New Frontier, determine where funds are expended during the farm-in work program and has the right to assume operatorship as soon as it commits to Year 2.

- The farm-in entitles Entek to conduct a work program to enhance existing coal bed methane production and to develop proven conventional & continuous oil and gas reserves within the leased areas. In addition, as part of the work program, Entek intends to upgrade prospective resources and possible reserves to proven and probable reserves within the 66,000 acres currently under lease. Entek is also entitled to conduct exploration for new coal bed methane, conventional and continuous oil and gas reserves across the Area of Mutual Interest. 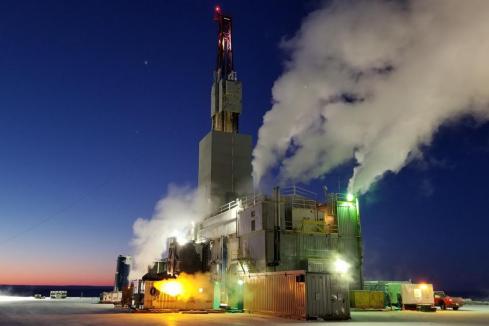 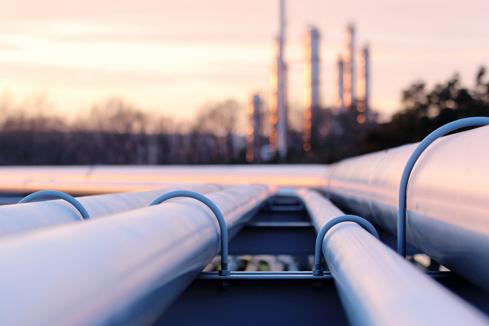