Property and construction groups say the state government’s new regulations to register building engineers are a welcome step, but more could be done. 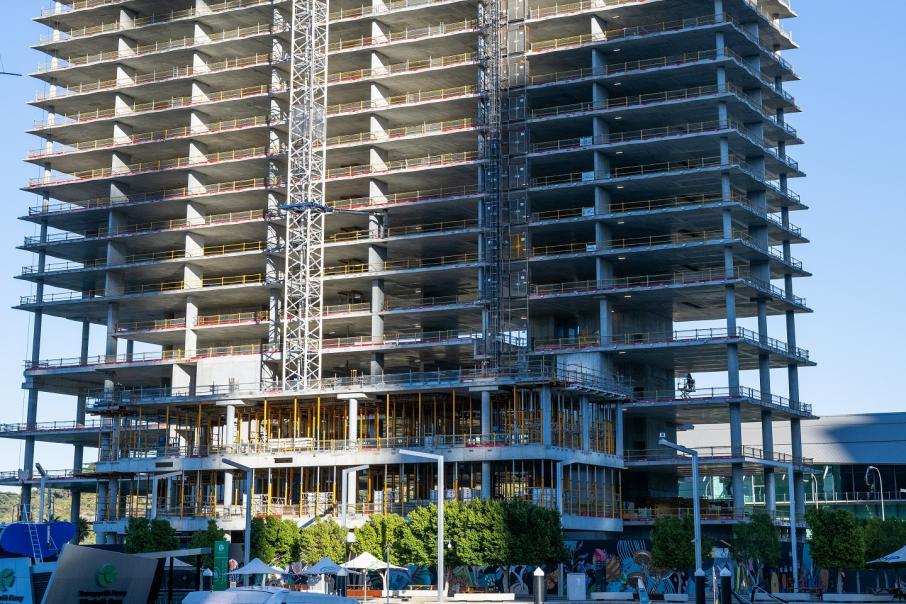 WA has introduced registration for engineers in the construction industry. Photo: David Henry

Property industry groups have welcomed the state government’s introduction of new regulations to allow building engineers to be registered, but say more could be done to ensure compliance in the industry.

The scheme, introduced as part of reforms to the state’s building industry, provides a framework for engineers to become registered ahead of working on major building projects.

The state’s first ever engineer registration scheme is expected to attract about 900 building engineers.

Commerce Minister Roger Cook said the registration system meant the government could add another layer of confidence to building owners that their buildings are compliant and built to a high standard.

"Overwhelmingly, the local building industry plays by the rules,” he said.

“Once in place, these new regulations will provide the construction industry and community with a formal process to make complaints against building engineers and for action to be taken to stop any misconduct.”

Engineers Australia chief engineer Jane MacMaster said the new regulations would be a significant step forward for the industry.

“Governments around Australia are attempting to reduce the risks of buildings being evacuated or left uninhabitable and infrastructure like bridges and roads being unsafe. Registering engineers is a critical part of tackling this problem.” she said.

Reducing risks to pubilc health, safety and welfare are seen as the main benefits to registering engineers in the building sector in WA, Ms MacMaster noted.

"There are also economic benefits, particularly with today’s supply and skills constraints, in more efficient use of materials and less rectification work," Engineers Australia added.

“Having measures in place to ensure building quality, standards and integrity can be met are welcomed.”

The union representing engineers, Professionals Australia, chief executive Jill McCabe also welcomed the move, but said it could be expanded to other sectors.

“Having advocated for statutory engineering registration for many years, PA is pleased to learn the Western Australian Government has agreed to introduce registration for several categories of engineers who deliver engineering work in WA’s building and construction sector,” she said.

Ms McCabe said it was important that the WA Government start to consider the expansion of engineering registration to cover other areas of engineering in utilities, roads, rail, mining, and infrastructure which also face similar challenges in terms of public safety, quality, and waste.

“While we welcome the introduction of a registration scheme for engineers in the building and construction sector in WA as an important first step, we believe that the extension of registration into other areas of engineering requires urgent attention,” she said.

“Four years on from the Shergold and Weir Report (highlighting building non-compliance) we have seen some State’s appoint a Building Commissioner and make sweeping legislative changes to protect apartment owners,” she said.

“The McGowan Government has decided to register Engineers, which is the case for most States across the Nation and while we welcome this step there is more that needs to be done including licensing water membrane and fire fighting service installers.

“Confidence will come when the State Government demonstrates added regulations and an insurance fund for apartment owners who have no recourse as their builder has gone bust.”

Mr Cook added that the government was continuing to work on other reforms to modernise and improve WA’s building regulatory framework, by addressing the recommendations from the national Building Confidence Report.