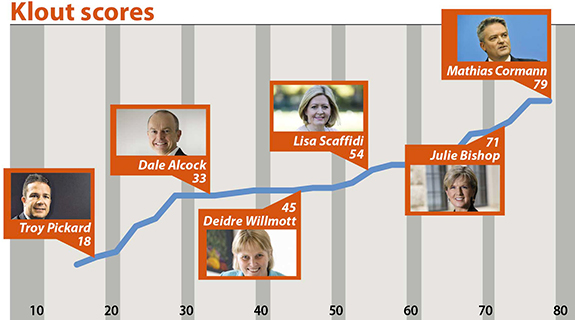 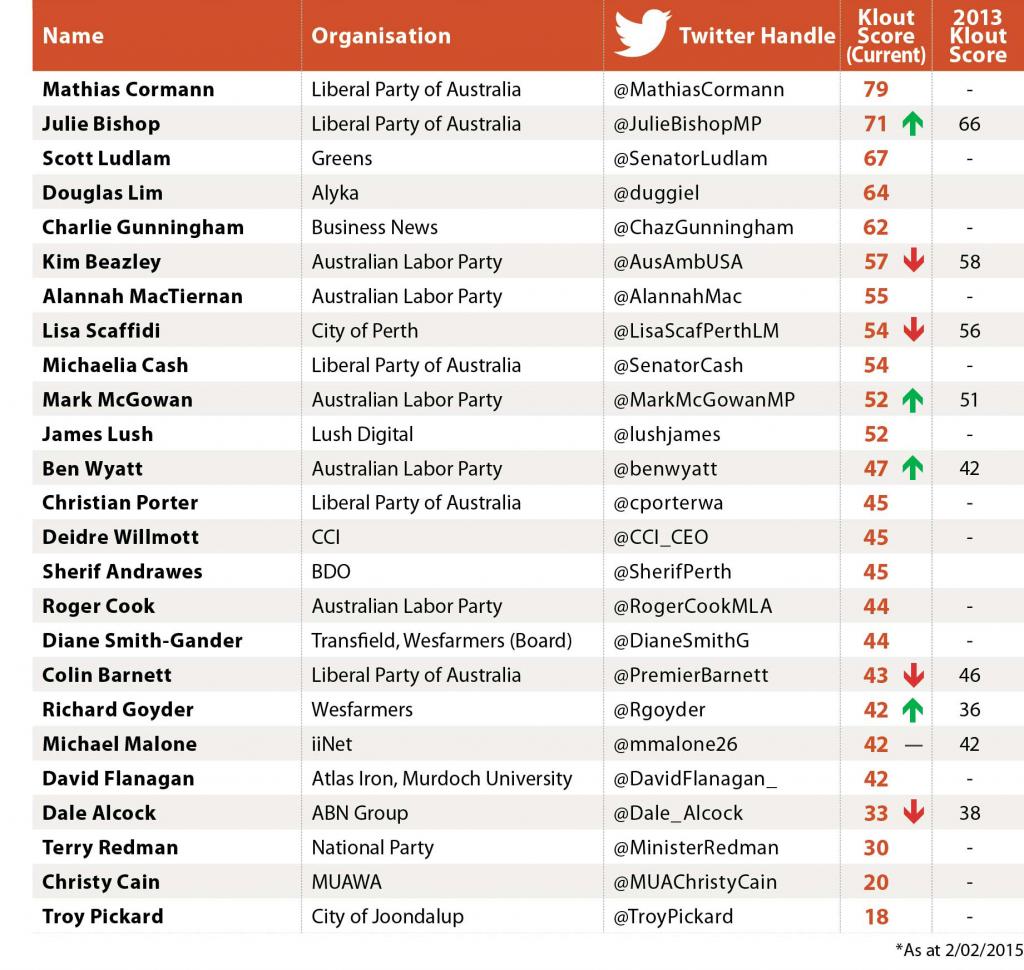 Establishing a social media presence is increasingly important for politicians and businesspeople alike, raising their profile and enhancing future opportunities.

And while Prime Minister Tony Abbott may have dismissed social media as ‘electronic graffiti’ after the Twittersphere lit up to criticise his decision to award a knighthood to Prince Philip last month, it would appear that some of his highest-profile ministers take a different view – or so their usage of social media would suggest.

To determine who are Western Australia’s most-connected users of social media, Business News has developed its own list of influential individuals, as measured by US-based Klout.

Klout analyses people’s social media influence, with their ‘Klout score’ of between one and 100 indicating the reach their posts have, how people engage with the posts and who is in their online network.

Top of the Business News list is Finance Minister Mathias Cormann with a Klout score of 79. He often tweets about current events and voices his support for other members of parliament via social media. In December, he complimented Treasurer Joe Hockey on Twitter: “@JoeHockey working tirelessly and effectively to build a stronger economy and repair the budget. A real privilege to be working with him.”

Second on the list is Foreign Minister Julie Bishop, who in the past year has dealt with the MH17 disaster, been heavily engaged with Indonesia, and chaired the UN Security Council.

There were also less-serious moments, such as her TV appearance after losing an earring in Sydney’s Martin Place, which sent Twitter into frenzy.

And it seems the prime minister’s comments regarding social media and ‘electronic graffiti’ may have been made in haste, considering Mr Abbott, like Senator Cormann, has a Klout score of 79.

For business users, it is important to know if the time spent online is paying off. According to the University of Western Australia’s associate professor of marketing, Paul Harrigan, it is important to measure the effectiveness of posts, and many people don’t take the time to do so.

“You can follow influential people but they won’t follow you back unless you’re giving them something. It’s about understanding your market and actually providing value to them,” Dr Harrigan told Business News.

Check your score at www.klout.com