Energy technology company Enerji has landed its first commercial contract and deployment into the Australian market with the finalisation of a power purchasing agreement with Northern Star Resources. 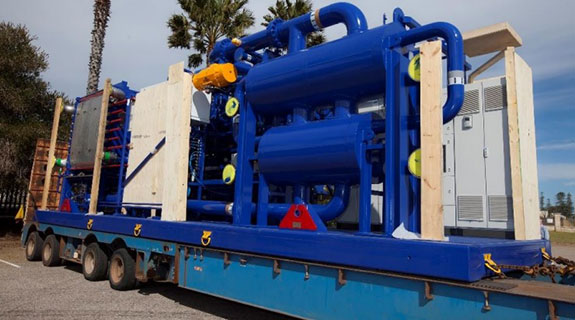 Energy technology company Enerji has landed its first commercial contract and deployment into the Australian market with the finalisation of a power purchasing agreement with Northern Star Resources.

Under the terms of the agreement, Enerji will supply and install a 1.5 megawatt heat-to-power plant at Northern Star’s Jundee power station in the Goldfields region for an initial term of five years.

The company estimated the contract will generate about $1.2 million to $1.5 million in revenue per annum, giving the contract a potential value of $7.5 million.

The plant will capture waste heat and convert it into usable power, producing zero emissions and lowering Northern Star’s operating costs at the Jundee mine.

The agreement with Northern Star was first drafted in May last year, and followed Enerji’s announcement last February that its power station was destined for an unnamed WA mine.

“The installation at Jundee will involve the deployment of Enerji’s Advanced Thermal Energy Node 4 plant, comprising a 750 kilowatt wet steam turbine and a 750kW Rankin cycle turbine with construction and site works expected to commence shortly,” Enerji said in a statement.

Enerji chief executive Andrew Vlahov said the agreement was a significant milestone for the company and validated its advanced and innovative technology.

“We are already in discussions with other parties regarding adopting our technology, and believe the agreement with Northern Star is the first of many,” Mr Vlahov said.

Northern Star chief operating officer Stuart Tonkin said the agreement with Enerji offered a cost-effective way to produce electricity through the recycling of waste heat, which is traditionally unrecovered energy.

“This aligns with Northern Star’s commitment to operate in our communities in an environmentally responsible manner,” Mr Tonkin said.