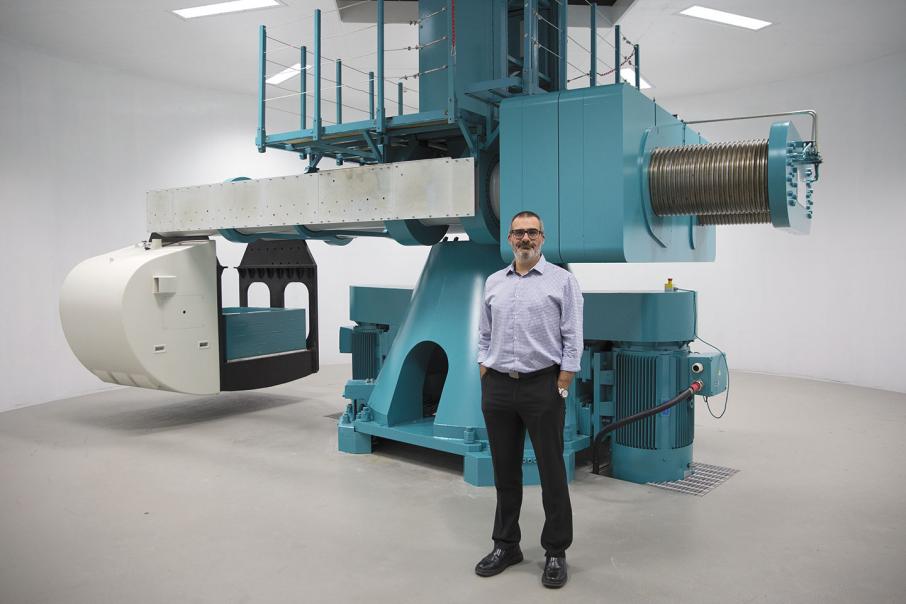 A new centrifuge at the university could contribute significant cost savings to offshore energy projects.

An $8 million upgrade to the National Geotechnical Centrifuge Facility at the University of Western Australia has boosted the laboratory’s research capability for a range of current and upcoming projects, including in wave energy and floating LNG.

A core component of the upgrade is a new $1.5 million centrifuge, the facility’s third, which will be used by researchers to test scale models of pipelines, anchors and other subsea equipment for their interactions with soil.

Centre for Offshore Foundation Systems deputy director Christophe Gaudin told Business News the laboratory had previously been used to do work for most of the major oil and gas projects in the state’s north.

“We’ve been working on pretty much all the major projects on the North West Shelf,” Mr Gaudin said.

“We study the soil behaviour and investigate the performance and the behaviour of offshore foundations for the oil and gas industry, but also more and more for the renewable energy industry.

“We do foundations for jacket structure, anchoring systems for floating oil and gas structures.

“We’ve done the pipeline design for Pluto, for Ichthys, for Browse.

“What we’ve been doing effectively is refining pipeline design to reduce the conservatism in the design method and come up with a more economical solution.”

The centre has additionally exported its expertise to overseas projects, including in West Africa and North America, for a roll call of the world’s biggest energy players including Total SA, ExxonMobil and BP.

The five-metre-long centrifuge arrived in September and is in commissioning for start-up early next year.

The new centrifuge has been set up in a lab at the Indian Ocean Marine Research Centre along with the older centrifuges, with some significant control and system upgrades required to accommodate the $1.5 million unit.

It can spin at four revolutions per second, creating a force on the models about 130 times that of gravity.

It has a series of partner universities from other states, including Monash University, and the University of Queensland.

Western Australia has significant research capability focused in oil and gas, and has exported the knowledge internationally.

The centrifuge facility will operate as part of the Centre for Offshore Floating Systems, also known as the Australian Research Council Research Hub for Floating Facilities, which opened this year for work in the energy sector, particularly FLNG.

Also opened earlier this year was the Australian Research Council Training Centre for LNG Futures, with both hubs receiving around $20 million in federal grants between them.

In the same precinct is the UWA O-Tube facility, which simulates tropical cyclone conditions and is used by companies such as Woodside Petroleum.

The $48.4 million National Geosequestration Laboratory was opened in Kensington in July 2015 for research on carbon capture.