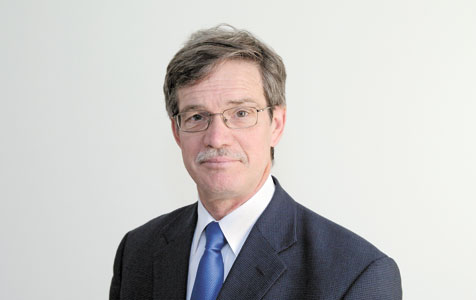 Newly appointed energy minister Mike Nahan has defended state government plans to re-merge utilities Verve Energy and Synergy, despite being told that market reform has created savings of about $150 million a year for business customers.

Speaking a UWA Business School forum this morning, Mr Nahan said the break-up of the former Western Power should have led to the creation of two ‘gentailers’, which would combine electricity generation and electricity retailing.

“I actually think we made a serious error when we disaggregated,” he said.

“Instead of splitting them vertically into retailer (Synergy) and generator (Verve), as all the other markets showed around the world, we should have split them into two gentailers.”

“The reason I’m saying that is because one-third of the (contestable) market has left Synergy for private retailers like Alinta and ourselves.

“They have to have a compelling reason to leave Synergy, and if you think in terms of five per cent or 10 per cent or 15 per cent discount tariffs, you have saved 150 to 200 million dollars every year.

“That’s because of reform, nothing else.”

His advocacy did not sway the minister, who said the re-merger was a necessary step to deal with “a very risky industry”.

Mr Nahan said he did not perceive a re-merger as going backwards to the old structure, but a “step-back, a reassessment and move forward”.

“We’re going to pull them back and they are going to act more commercial.”

He also claimed the public sector was still carrying most of the risk in the energy market.

“Most of the new generation capacity, with the exception of Perth Energy, has been underwritten by Synergy.

“They sign contracts with the private sector, and we welcome private investors, but the truth is, the public sector is still carrying the market, mercantile risk.”

Mr Nahan said the WA market had “gross overcapacity”, which he estimated to be in the order of 700-800 megawatts, or 15 to 20 per cent over-capacity.

One reason, he suggested, was that the industry nationally is going through a “fundamental, structural change”.

“In this state, over the past year, total consumption declined by 5.5 per cent, and that’s when growth is in double digits.”

Mr Cao said a better solution to these challenges was to continue the reform process, and allow small business and retail customers to enter the contestable market.

“All the risks Mike outlined can be dealt with a lot more effectively if we free up the market,” he said.

“Free up the market, let the consumers send you a signal of what they want, and you will provide the right product.”

Mr Nahan said another structural challenge was the large taxpayer subsidies built into the electricity market, which he said would distort private sector competition.

“You have to get the structure right, you’ve got to move towards cost reflectivity, and in this industry, you have got to have scale to compete effectively,” the minister said.

“The wholesale market deals with that very effectively, it decouples generation from retail,” he said.

“Cost reflectivity will definitely create a situation where companies like ours will want to invest more,” he told the forum.