Western Australia has developed a strong edge in resources technology but must continue to invest in innovation as it faces competition from other regional players and beyond, according to the Western Australian Energy Research Alliance. 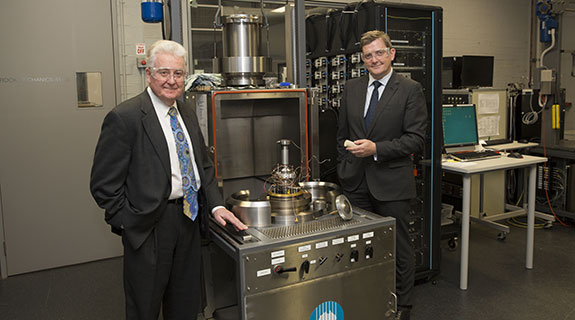 Western Australia has developed a strong edge in resources technology but must continue to invest in innovation as it faces competition from other regional players and beyond, according to the Western Australian Energy Research Alliance.

This assessment from WA:ERA chief executive Kym Bills came as the centre marked the 10th anniversary of its partnership with Chevron that has injected almost $50 million into research and development projects run by the centre, a joint venture between the University of Western Australia, Curtin University and the CSIRO.

The partners celebrated that anniversary earlier this month, with WA:ERA chair David Agostini acknowledging the role the association had played in boosting local research in the sector. The funding has been used to drive about 140 research and development programs for the industry, with much of the work contributing to the Gorgon and Wheatstone projects.

The alliance is one of three Chevron research pacts globally, with Los Alamos National Laboratory and Caltech’s NASA Jet Propulsion Lab, both in the US, its partners in the other two.

It was also a contributing factor in Chevron’s 2007 decision to base its global technology centre in Perth – the second outside the US.

WA:ERA chief executive Kym Bills said the state was emerging as an important centre for energy research, but would face competition from other countries.

Those countries include both Singapore and Malaysia in the region, while further afield it would include the Middle East.

“We’ve got to keep working on these niche areas, and work collaboratively if we really want to build this state and Perth as a centre of excellence,” Mr Bills said.

He said WA was having initial success exporting technology and skills developed during the boom.

“UWA’s Centre for Offshore Foundation Systems does a lot of work around the world, because it’s the best in the world,” Mr Bills said, adding CSIRO was a another example.

“It’s a matter of building on the areas where we already are demonstrating that expertise.”

The Chevron funding has contributed to a series of local projects, including a wave glider, which checks the clarity of water at the Wheatstone development, and the O-tube concept to optimise pipeline stability.

The O-tube program is the only one of its kind in the world, according to UWA, and is used to assess the impact of waves and currents on underwater infrastructure.

“The alliance fosters the exchange of technology and knowledge between industry and research bodies, strengthens research collaboration and provides an unique opportunity for leveraging technology,” he said.

For projects the size of the $52 billion Gorgon development in WA, a small reduction in maintenance costs through corrosion research or improved efficiency in gas processing can make a dramatic difference.

Other industry partners with the ERA include Woodside Petroleum and most recently Shell, which joined last year, while Inpex has also recently been approached.