Some enterprising WA companies are flying under the radar with clean technology business ideas. We highlight local innovations in several fields. 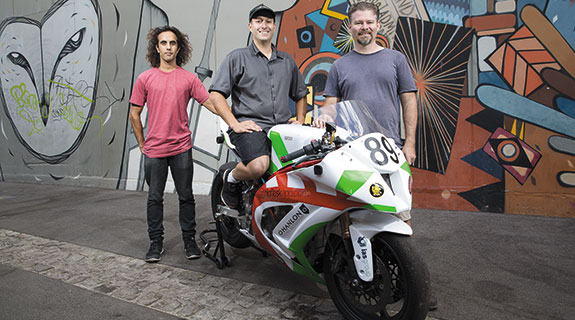 Some enterprising WA companies are flying under the radar with clean technology business ideas. We highlight local innovations in several fields.

For more on our Energy Innovators feature see the Special Report.

Much talked about as the future of driving, electric vehicles may still be spinning their wheels on the start line in terms of sales in Western Australia, but two local businesses are on a mission to attract more converts by showcasing the technology’s upper limits.

O’Hanlon Motorsport and Top EV Racing have separately developed their own EV and are seeking to drive change in the sector through the use of racing technology.

It’s estimated close to 200 EVs are being driven on WA roads, with about 40 converted by early adopters and the trend now swinging to enthusiasts buying off-the-shelf models such as Holden Volt, Mitsubishi i-MiEV, Nissan Leaf and the range of luxury brand Tesla vehicles.

A small network of 24 EV chargers is available around town, having grown as a legacy of Perth hosting the nation’s first EVs trial between 2010 and 2012.

Funding more chargers has proved difficult, however. The RAC agreed late last year to invest $500,000 for an ‘electric highway’ of charging stations between Perth and Margaret River following years of lobbying.

When this network is operational, the Australian Electric Vehicle Association believes WA’s infrastructure will be ahead of that in other states, while currently it is on par.

In a sign private developers are beginning to show interest in the technology, property developer Stirling Capital recently announced it was offering two EVs for residents’ use at apartment development Verdant on Stirling Street.

Just as important, he said, was the need for more charging stations, a chicken and egg problem he believes will continue for several more years as many interested in the technology hedge their bets by driving hybrids until greater infrastructure is available.

For engineers Michael O’Hanlon and Michael Fragomeni, founders of O’Hanlon Motorsport and Top EV Racing respectively, getting people to embrace EVs comes down to educating and exciting audiences.

Mr O’Hanlon is perhaps best known for starting Northbridge live music bar The Bird, although he has since sold his share of the business.

Having opened the bar as a fall-back when the GFC cruelled his chances of working as a wind turbine blade designer, Mr O’Hanlon said he knew his next endeavour would mark a return to his clean tech roots.

“The pub was easy money, it was beautiful,” he said.

“I worked with my friends, I did something that I loved, I went from (someone) no-one knew to suddenly everyone thinking my ideas were great and when I wanted to leave they paid me handsomely.”

His initial plan to start an EV share car business didn’t eventuate, but an experience navigating for a mate in a Subaru WRX rally car left a deep impression.

“After that weekend I thought that was the best I’ve ever felt, but there are problems here, it’s costing me too much money and it pollutes … so what can I do,” Mr O’Hanlon said.

He joined forces with Australian Electric Vehicle Association WA president Chris Jones, who was developing an electric motorbike, and from this union O’Hanlon Electric Motorsport was born.

The two men built a race bike capable of speeds up to 270 kilometres an hour, which, with Danny Pottage in the saddle, won the four-round national electric superbike championship last year.

Meanwhile, fellow WA entrepreneur and clean tech enthusiast Michael Fragomeni had been working towards his goal of building the world’s fastest-accelerating vehicle.

During the past six years, Mr Fragomeni has been building an electric dragster designed to accelerate from zero to 530km/h in just 4.5 seconds over the quarter mile.

He said the dragster was designed to use an “awful lot of torque” and a direct-drive system to make it reach a top landspeed of 612km/h, which is half the speed of sound.

“It is our ultimate aim to beat the top fuel cars, showing them and the race fans that sustainable, renewable-energy powered electric vehicles can be the fastest-accelerating cars on the planet,” Mr Fragomeni told Business News.

In conjunction with Edith Cowan University’s Enactus program and West Coast Institute, Mr Fragomeni has been using the dragster to get students involved in the engineering, mechanical and business aspects of the electric vehicle industry.

“It is to show people how fast and how fun it can be and we have this technology here and now for everyday street use, it just needs to roll out,” he said.

“We’re working with West Coast Institute and they’re now on-board as a major sponsor, and one facet we’re headed towards is training students in understanding and servicing electric vehicles as there’s not a lot facilitated at the moment in this country.

“The infrastructure needs to grow and we’re not the complete answer, but we’re part of the solution and (are) taking an active approach to engaging the change.”

The dragster is expected to be race-ready later this year.

It will be unveiled at the Joondalup Festival in March, a decision Mr Fragomeni made after receiving support from the City of Joondalup.

“The first year or so is very promotions, events, and engineering based for us, as we settle into exhibition racing,” he said.

“Then over the next three to five years we want to see more implementation at the consumer level, and of course the talking point is the race car; when people see that they ask questions, they want to know if those technologies scaled down can be in their street cars.

“Instead of spending money on petrol engines they can spend the same money and get more torque and get cleaner energy into their cars.”

He was not willing to reveal all of them just yet, except to say they were in the realm of public entertainment.

He did reveal O’Hanlon Motorsport has set its sights on building a second, faster bike, and is considering racing in the US after a rule change increased the allowable voltage of bikes from 500 to 700.

“There’s nothing in this country that goes like our bike and there would be only a handful on the planet that go as hard as our bike,” Mr O’Hanlon said.

“We’re the only 700-volt bike on the planet so we’re sort of reading that as an invite to come and race.” 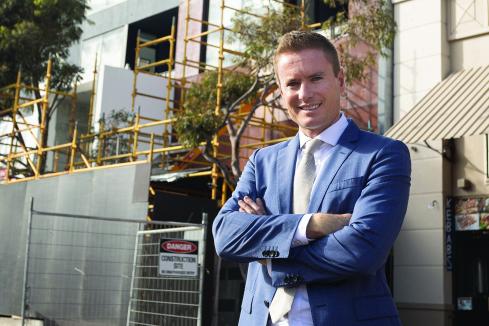 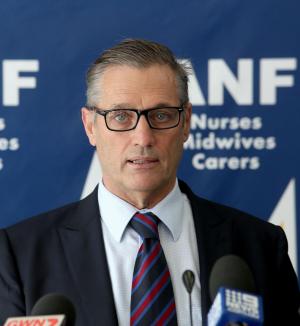