SPECIAL REPORT: China’s rising LNG demand has coincided with a flurry of deals, highlighting potential for a turnaround in WA’s oil and gas sector. 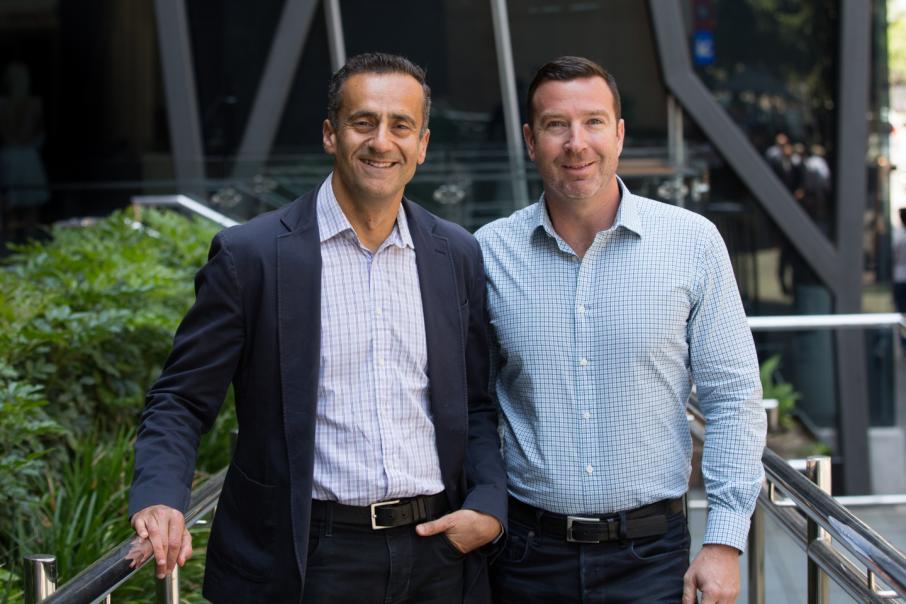 Andrew Leibovitch (left) and Will Barker are hoping to move the Equus project right along. Photo: Attila Csaszar

Growth in Australian LNG exports to China last year alone would have powered nearly 10 million homes, a sign of just how significant increasing demand from that country will be in years ahead.

According to data from consultancy EnergyQuest, Australian exports to China increased about 5 million tonnes last year to be 17.5mt.

Chinese LNG total imports in the month of November were 53 per cent higher than a year earlier, EnergyQuest said.

Similarly, energy giant Shell’s annual review of LNG markets showed Chinese demand from all countries grew by about 12mt in 2017, more than double what had been the previous consensus forecasts.

Shell predicted a gap between LNG supply and demand that could be more than 200mtpa by 2035.

All that has given some cause for optimism there will be a pick up in oil and gas activity in Western Australia.

(See a full pdf version of this special report)

The most significant was Woodside Petroleum’s move to acquire a 50 per cent share of the Scarborough project, 220 kilometres offshore of Exmouth, from US producer Exxon.

The price tag was $US444 million ($570 million), with a further payment of $US300 million contingent on a final investment decision.

Woodside had held 25 per cent of the project, while BHP holds the remainder.

The field is already producing for the domestic gas market, with a major expansion planned.

The outcome of that bid will be known by the end of the month, unless the offer is extended.

A third deal was by new player Western Gas, which bought the Equus fields from US-based Hess Corporation for an undisclosed sum.

The fields, off the north-west coast, contain about 2 trillion cubic feet of gas.

Equus could be used for domestic gas or backfill an existing LNG operation, according to Western Gas director Will Barker.

“What we’re driven by is securing the market and developing the project as soon as possible.”

About $1.5 billion had already been spent on the development of Equus by Hess, he said, with 21 exploration wells drilled and front-end engineering work completed.

Western’s approach has been focused on ‘rightsizing’ the development plans, shiftng from a design capacity of 400mcf per day to be about half that.

Project financing and economics should be finalised in coming weeks, with the team to begin work on attracting financing and potential customers in this quarter.

Western Gas director Andrew Leibovitch said the project was development ready, and the company was aiming for a final investment decision by 2019-20 and first gas to be in 2023.

“We’re encouraged by the transactions that have happened … with AWE, with Scarborough,” Mr Leibovitch said.

“We think our timing has been very good, trying to get development in a market where … the WA market does need more gas domestically.

“It’s a very good time to be trying to provide another supply source.”

A challenge will be that the project includes a number of fields, potentially adding to cost.

Mr Barker said one factor that would make Equus easier to move forward was that Western had 100 per cent ownership.

“We don’t have the joint venture conflicts of differing portfolio strategies and timeframes,” he said.

Woodside’s Scarborough could benefit from minimal joint venture conflicts too, with the company’s Browse development having previously been held up by debate between alliance partners about how best to roll out the project.

“There’s significant value on the table for Woodside shareholders by making use of the existing infrastructure footprint they have,” he said.

“The challenge to it has always been, for third-party gas, negotiating with different joint ventures is exceptionally difficult,” Mr Kavonic said.

“With this deal, Woodside has secured control and alignment on one of the last large viable gas fields offshore WA.”

He said Scarborough might even get ahead of Browse as the company’s next priority project.

Wood Mackenzie has estimated that a development of Scarborough via infrastructure at Burrup would be one of the lowest cost pre-final investment decision LNG projects in the world.

There are about 8.5tcf of contingent resources in the Scarborough fields.

Woodside has already flagged the Scarborough development will likely be through its Pluto LNG plant, potentially via an expansion, while it is also investigating connecting Browse to the North West Shelf Venture plant for backfill.

A further project which could feature on Woodside’s radar will be Sunrise, in the Timor Sea, with the Australian government signing a treaty with Timor Leste in early March to agree to borders and potential revenue sharing for the project.

Mr Kavonic said the LNG market would rebalance earlier than expected in the next decade as demand grew faster than some had forecast it would last year.

He said Mitsui’s proposed purchase of AWE also signalled exciting things to come in WA, particularly because there had been three bidders for the business.

AWE’s Waitsia was probably the only commercially viable domgasdiscovery in the state in the past five years, according to Wood Mackenzie’s research.

Mr Kavonic said contracting for a potential stage two development at Waitsia, which would produce about 100 terajoules of gas per day, would be important for determining prices in the domestic market in the next decade.

In AWE’s half-yearly results briefing, chief executive David Biggs said evaluation of tenders for front-end engineering work on Waitsia was under way, but marketing for potential gas sales agreements was on hold until after the acquisition was resolved.

Mitsui is also an investor (with French business Engie) in Simply Energy, which is planning an entry into the WA domestic gas market.

Another potential development is at Darwin LNG, with part owner Santos flagging three options that could contribute to backfill or support a second processing train.

The Bayu-Udan field in the Timor Sea, which currently supplies Darwin LNG, is being drilled with infill wells, with first gas expected later this year.

The Barossa field is the lead candidate for backfill, according to Santos, with front-end engineering to be finished by June.

There was a recent two-well appraisal campaign for Barossa, with a final investment decision anticipated in late 2019.

A development study has been started at the Petrel-Tern field.

Other moves in the pipeline could create potential.

Squadron is working on a Canning Basin exploration project with Goshawk Energy.

Mr Leibovitch and Mr Barker are directors of Goshawk.

Analysts are also speculating Santos may be interested in acquiring privately owned Quadrant Energy, which produces oil and domestic gas in WA, in a deal that might be worth $4 billion.