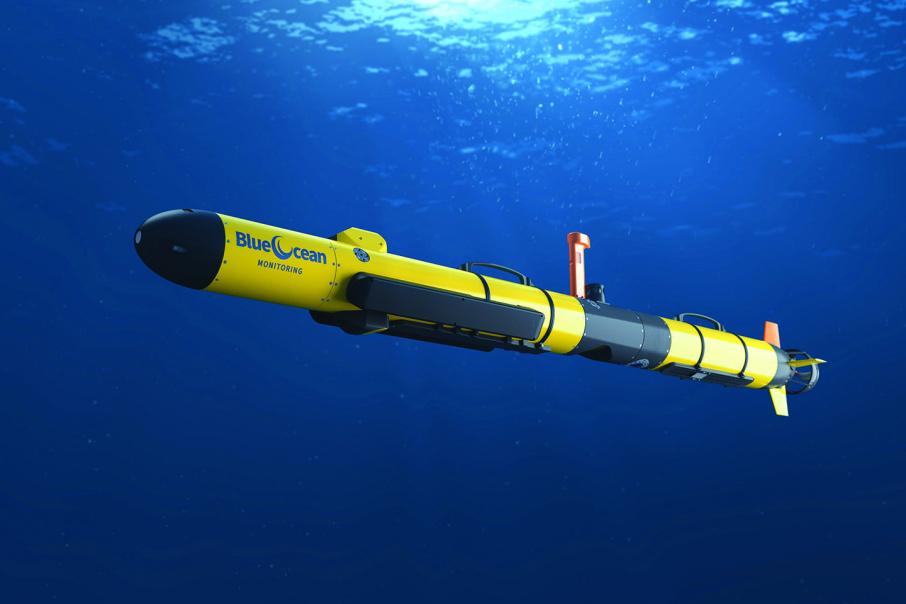 It is often said that the one percenters can make all the difference on the football field, with a spoil, smother or shepherd often a game breaker.

The adoption of technology can be similar, giving proponents an edge in a highly competitive international market such as oil and gas.

But the benefits extend beyond the revenue generated.

The expertise can be exported around the world, while the research and innovation grows local human capital.

Autonomous subsea vehicles and predictive analytics are two of the fields where Western Australia is developing leadership.

The state also linked into an interesting internationally emerging field in November 2019, when Woodside Petroleum signed an agreement with IBM to partner in artificial intelligence development and quantum computing.

While commercial applications of quantum computing are still years away, Woodside’s embrace of the technology links WA into the science, with a small group of employees training in quantum computer coding.

Traditional computers use bits that are either on or off, representing a 0 or a 1.

Quantum computing uses qubits, which, thanks to some very high-level physics, can be in more than one position at any time, and so can calculate more rapidly.

It means a quantum computer with a few hundred qubits could make calculations many times faster than an existing supercomputer.

That has huge implications, including in cryptography and machine learning, or for advanced modelling of a multibillion dollar processing facility.

The science has a long way to go, as the computers are more prone to errors and face other problems.

However, the small Woodside team developing skills in this area shows how major industries can build human capital and deliver broader results for the state.

More broadly, the IBM deal brought access to some of the world’s brightest researchers at the Massachusetts Institute of Technology, Ms Kalms said.

Back in the early 1980s, the LNG industry was still in its infancy.

New technology was developed as the North West Shelf Venture project was built in Karratha, including for temperature management at the facility.

The lofty long-term goal is an intelligent plant, Ms Kalms said, a facility that could operate like a self-driving Tesla car, managed by humans.

Adding a large number of sensors onto equipment, tracking the data and applying algorithms to it could provide some big benefits, particularly around predictive analytics.

Woodside has previously said that applying AI technology to plants could cut maintenance costs by $300 million annually, or about 30 per cent.

Ms Kalms uses a car analogy to explain the point.

A car might be scheduled for a service after a certain distance or time, which assumes similar use across all users.

Predictive analytics would enable the owner to know in advance when a part needed to be maintained or replaced.

At the Burrup operations, the computing system would generate notifications for maintenance when needed.

“It’s how you actually run it that matters,” Ms Kalms said.

“We have enough data to see what the fail rate is, because we know how we run our equipment.”

All of this would add up to make Woodside a more efficient operator.

“It’s a real initiative … to remain competitive and be more so.”

To this end, Woodside has built a product using Amazon Web Services, which can track equipment through the lifecycle.

That brings together data from design, engineering, construction, commissioning, operations and maintenance.

“Ten years down the track, [if] I’ve got a problem with my pump, I can check how it was installed, who installed it,” Ms Kalms said.

Woodside has worked with IBM’s Watson AI system to speed up access to information in its systems, which IBM said had cut research times for decisions by 75 per cent and saved Woodside $US10 million.

In addition to Amazon and IBM, Woodside has partnered with the National Aeronautics and Space Administration from the US, using a specialised anthropomorphic robot.

Ms Kalms said Woodside had strong relationships with its partners and could influence product development.

“We stretch their technology, often in ways they don’t anticipate,” she said.

“It’s always about pushing the edge.”

There’s still much uncertainty in the community about the impact of big data and machine learning, however.

The business case is usually driven by increased competitiveness in global markets.

That also means WA will be able to monetise more marginal gas fields and keep the industry earning cash in a tight market.

Ms Kalms is optimistic about the potential for employees, and about the impact of data science on WA more generally.

“Woodside is about growing, we need more people as we go into our growth projects,” she said, adding that the focus was on upskilling and enabling staff, rather than replacing them.

“Culture comes into this.

“We [WA] could be a state that’s envied. That would be fabulous.

The Western Australian Energy Research Alliance operated for 17 years until closing at the end of June 2020.

The alliance was an initiative of the CSIRO, Curtin University, and University of Western Australia, with oil and gas majors joining in later years.

The alliance secured about $50 million in 2015 to fund the National Geosequestration Laboratory.

Scientists from WA ERA participated in carbon capture and storage projects overseas, an emerging technology used to reduce the impact of fossil fuels on climate change.

It also helped back research into floating LNG facilities.

Development of a new Future Energy Exports Cooperative Research Council, led by WA Scientist of the Year finalist Eric May, is under way.

The CRC plans to build a micro-LNG processing plant in Kwinana, which will be able to test improvements at a smaller scale and then allow them to be replicated in the industry at large.

It will also research hydrogen, which is frequently touted as a future WA major export.

On this front, work will be needed to ensure renewable hydrogen can be competitive with gas, with its cost needing to be reduced by about three quarters for it to be a viable export option.

Perhaps one of the reasons UWA is ranked fifth in the world in marine and ocean engineering has been the innovation and investment sparked by the offshore oil and gas industry.

A physical example is the Indian Ocean Marine Research Centre at the Crawley campus.

In the private sector, there are also examples of expertise.

BP Ventures and Woodside Petroleum participated in the funding round for Blue Ocean Seismic Services.

The vehicles would operate autonomously in fleets, moving to the seafloor to carry out seismic work.

It’s hoped they will be ready for commercial deployment in 2022.

“Right now, if you want to do seismic, you ... tow listeners or streamers behind a very large boat,” Mr Illingworth said.

“The advantage of [the autonomous vessels] is you get a really good image and you don’t need a really big vessel.

“Our technology you deploy thousands of nodes, which swim down to the seabed.

“Then when they’re told they get up and swim to the next place.”

The next stage will be prototype trials in the North Sea or North West Shelf.

He said Blue Ocean had worked with another Perth startup, Advanced Navigation, which specialised in positioning without using GPS.

Woodside’s robotics lab had also been a collaboration partner.

“Perth is a very good breeding ground for this type of technology,” Mr Illingworth said.

“Perth is a great technical and development centre … [it is] well known to be developing some cutting edge technology, particularly oil and gas.

“In my travels around the world … everyone has recognised it.”

Advanced Navigation has partnered with Tesla, Lockheed Martin and BAE Systems among many others, using its positioning technology, which can track location without GPS satellites.

Telstra has opened a remote operations facility with Fugro at Gnangara, while the state and federal governments will chip in $18 million through the Perth City Deal for a new Australian Space Robotics, Automation, and AI Command Control Complex.

The business was acquired by Vertech in 2016.

Mr Veitch said Geo Oceans had developed its own algorithms for processing data, and had built robotic equipment to increase the capability of remote vehicles.

Meanwhile, the business has been making inroads overseas in Brunei and in the Gulf of Mexico, the latter a long-term stronghold for bigger businesses specialising in remote vehicle operations.

In the same Vertech stable is Sonomatic, which has worked with another local business, Petrotech, on its own research and development project.

That uses CT scanning machines from the medical field for high-resolution imagery of subsea pipelines, particularly for concrete-enclosed pipelines.

Tying this all together, the federal government allocated $1.4 million in May for Subsea Energy Australia to develop an industry hub through which the skills developed in Australia could be exported.

That would be following cities that have leveraged their oil and gas resources to develop other industries.

The most obvious example is Silicon Valley, the tech and startup hub that was largely a market-driven evolution, with investors and skilled workers drawn to the region.

Aberdeen, Houston and Calgary are among the examples of locations to have developed services and engineering sectors from their oil and gas industries.

But while those energy cities have been entrenched for decades, remote operations and data science perhaps give WA an opportunity to cut its own path.