Energising options to give farmers power 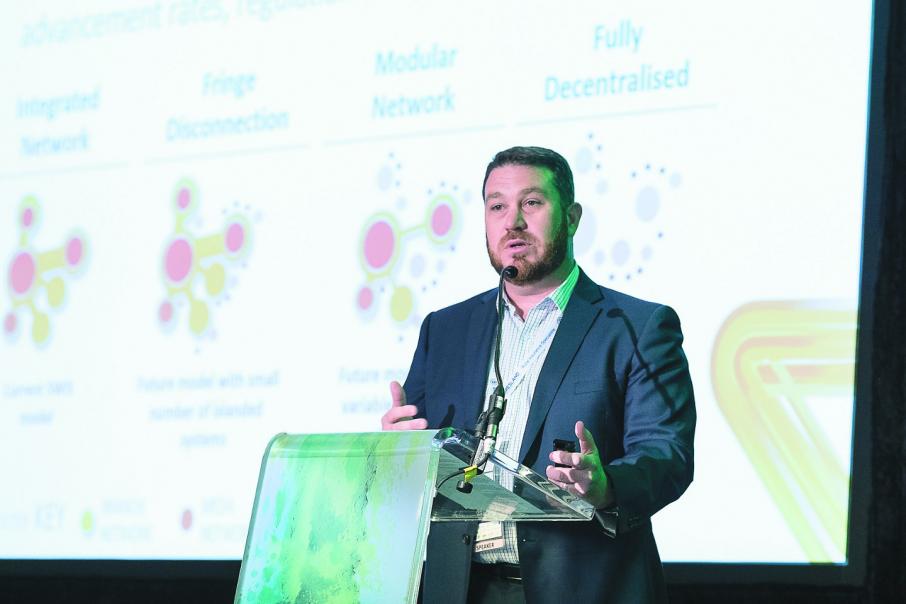 Two regulatory changes could have a profound impact on the price and reliability of power for agribusinesses under pressure from rising costs.

Changes to allow Western Power to provide solar and battery systems in communities, and a move to increase competition in energy retailing, could have major benefits in the bush.

Western Power is making steps towards a rollout of standalone power systems that improve reliability, but is hamstrung by rules that prevent it from installing generating capacity.

In March, Energy Minister Ben Wyatt announced a trial of standalone power systems, with 60 to be installed at fringe-of-grid locations across the Wheatbelt and South West by 2019.

Those systems include community batteries and solar panels, with the intention to replace more capital intensive and less reliable distribution lines.

Managed by state-owned power network operator Western Power, the trial would include four customers near Mullewa, four near Mount Barker and 24 near Wansborough.

There is already significant penetration of renewable power in agribusiness, with about 38 per cent of farmers having photovoltaic panels installed, according to Western Power, while more than half were willing to trial being off grid.

Speaking at a recent conference hosted by WAFarmers, Western Power head of network transformation Matt Cheney said it followed a trial of six customers in the Great Southern region that wrapped up in 2017.

That saved an average 60 hours of outages a year for users, despite a significant flooding event.

“One of the big advantages for these systems is that they are significantly more reliable than the supply you can get from the network,” Mr Cheney told Business News.

“We’re now at the point where the systems, the costs have come down, and as we approach the need to do significant maintenance on those networks, the cost of putting these systems in is today lower than the cost of doing that work on the network,” Mr Cheney said.

He said Western Power was working with the Public Utilities Office to loosen restrictions on the provider’s capacity to proceed with the community batteries-solar panels program.

WAFarmers policy adviser Grady Powell said the association had been pushing for a transition towards standalone systems when the opportunities arose.

“One of the hurdles that needs to be overcome (is) looking at the legislation and what might need to be done there,” he said.

“Western Power is effectively generating and retailing the power so there needs to be some review of (the rules to allow that).”

“Power is a big one, and as we’ve seen over consecutive government state budgets, water and power are only getting higher.”

Part of that, Mr Powell said, was driven by a move towards cost reflectivity, with the government currently reducing subsidies for generator Synergy.

That exceeds the increase in fodder, fuel and dairy supply costs.

One move that could potentially resolve this problem would be enabling more farmers to be able to choose their electricity retailer.

Under existing rules, only business that use a specific amount of electricity in a year are able to select providers other than Synergy, with some retailers offering discounts of up to 20 per cent.

He said dairy farmers would be most keen for that opportunity, while vegetable growers would be in a similar position.

“For (dairy) particularly, having the ability to shop around and look for another retailer can only be a good thing,” Mr Powell said.

But the process would need to be carefully managed so prices did not spike during the transition to a market-based system, and to ensure that regional users were still charged the same pricing as those in the metropolitan area.

That parity was maintained by the tariff equalisation contribution program, Mr Powell said.