Exploration firm Energia Minerals has reached an agreement with Euroz Securities to take an $8 million funding package to help fast-track development of its Gorno zinc project near Bergamo in north Italy. 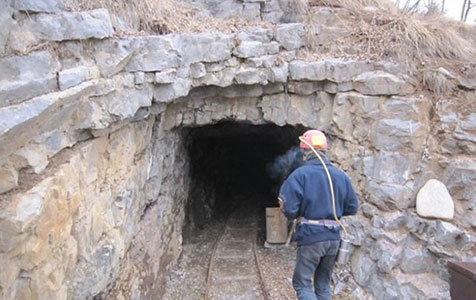 Mine tunnel at the Gorno zinc project in Bergamo.

Exploration firm Energia Minerals has reached an agreement with Euroz Securities to take an $8 million funding package to help fast-track development of its Gorno zinc project near Bergamo in north Italy.

The funding comprises of a $6 million share package, valued at 2.5 cents per share to sophisticated Euroz investor clients, and an unwritten $2 million entitlement issue.

Energia said it wanted to fast-track further development at Gorno so it could become a significant ASX-listed zinc company within the next few years.

The company said Gorno had produced 6 million tonnes historically and has fully-developed underground mine infrastructure, which means Energia would have to put little cost and time into getting the mine back into production.

“We have always seen Gorno as a premier asset in the zinc space given its production history existing mine infrastructure, high grades, favourable metallurgy and ability to produce a premium quality concentrate that we believe will be in high demand,” Energia managing director Kim Robinson said.

“This is a project which has been biding its time in the zinc cycle, and that time is now rapidly approaching with prices already up strongly this year on the back of very favourable supply/demand fundamentals for zinc.”

Under the terms of the deal, Euroz would be appointed as underwriter for any shortfall in the entitlement issue.

“As an indication of commitment to the funding package, Perth-based resource investor Alexander Burns and Euroz will each provide a non-refundable loan of $125,000 to Energia to meet its short-term working capital requirements,” Energia said in a statement.

Mr Burns was the managing director of Sphere Minerals until it was taken over by Xstrata PLC for $514 million in November 2010.

“Mr Burns is supporting the capital raising and it is anticipated that he will become a significant strategic cornerstone investor in Energia,” the company said.