Energi to revive Magellan lead mine 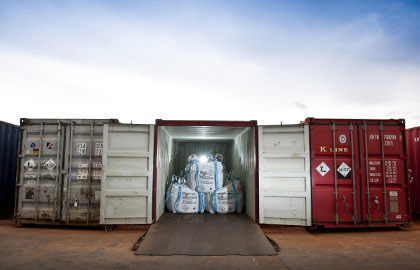 Magellan Metals' Canadian parent Ivernia has announced plans to re-start mining at its Wiluna lead mine are well advanced, with the project to be operational again in the second quarter of 2013.

Ivernia's mine subsidiary chairman, Wayne Richardson, said in a statement to the Toronto Stock Exchange overnight that day-to-day management of the operation would be taken up by integrated lead business Energi Metal Group, under a management services agreement.

Mr Richardson said the restructuring of the operation under the management of EMG was expected to deliver direct costs savings of between $C3 million and $C4 million per year.

The company was granted approval by Environment Minister Bill Marmion. to resume exporting lead from the Wiluna mine through Fremantle Port in July.

Magellan was barred in 2007 from shipping lead from the Wiluna mine to the port of Esperance after extensive lead contamination was discovered in the town.

The company ran into trouble again in 2010 when traces of airborne lead were found in containers carrying sealed bags of lead carbonate railed to Fremantle.

Last year Magellan ran into further regulatory problems, and voluntarily ceased operations at the mine.

Mr Marmion said earlier this year that the problems at Fremantle Port in 2010 and 2011 were the result of historical lead handling at various sites, and were not related to Magellan's recent operations.

The company has been granted a permit to ship lead carbonate concentrate through Fremantle for up to five years, subject to rigorous conditions.