With Treasury chief Tim Marney departing for a role in the mental health sector, the Barnett government faces the task of finding permanent senior executives for several key departments. 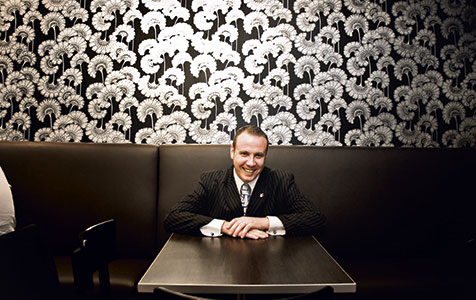 Mental health advocates have welcomed the appointment of under-treasurer Tim Marney as the state’s next mental health commissioner.

The Western Australian Association for Mental Health applauded the appointment of Mr Marney, praising his vocal advocacy of mental health issues and willingness to speak about his own experiences with depression and anxiety.

Mr Marney departs from Treasury just three and a half years into a five-year contract, with his deputy, Michael Barnes, set to fill the under-treasurer role on an acting basis.

Efforts to find a new director-general for the Department of Health were put on hold last year, despite the government spending more than $100,000 on the search following the departure of Kim Snowball in March.

This prompted the opposition to suggest potential candidates were reluctant to take on the high-pressure role due to dysfunction within the department.

Mr Snowball, who departed as one of WA’s highest-paid senior bureaucrats on a salary of $615,000, said the demands of the job had taken a toll on his personal life.

The government extended the contract of acting director-general Bryant Stokes to October this year, but Mr Stokes has indicated he does not wish to head up the department on a permanent basis.

In terms of revenue, it is by far the largest of all government departments, bringing in $5.6 billion in the 2013 financial year, the bulk of which (3.87 billion) is funded from state government coffers.

The Department of Planning is also on the lookout for a new senior executive, following the departure of director-general Eric Lumsden in September last year to focus on his role as chair of the WA Planning Commission.

Duncan Ord, who was previously deputy director-general at the Department of Aboriginal Affairs, is currently overseeing the role on a short-term basis.

Other departments without a permanent senior executive include the Department of Culture and the Arts and the newly created Department of Parks and Wildlife.

The Salaries and Allowances Tribunal last year determined senior public servants, members of parliament, judges, magistrates and statutory appointees should receive a 2.6 per cent salary increase, following an inquiry into the remuneration of public office-holders.

The ruling will take the upper end of the prescribed annual salary range for long-serving directors-general to more than $500,000.