IT services company Empired is something of a rarity in Western Australian business, as it has been busy recruiting staff to support its expansion. 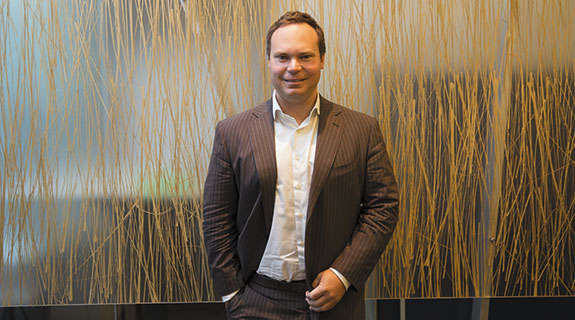 INCLUSIVE: Russell Baskerville says the integration of Empired’s acquisitions has played a big role in its success. Photo: Attila Csaszar

IT services company Empired is something of a rarity in Western Australian business, as it has been busy recruiting staff to support its expansion.

As most businesses across Western Australia reduce staff numbers, the major Perth-based IT firms seem to be exceptions to the trend.

Kinetic IT has grown to have 1,200 staff across Australia after winning big new contracts in Victoria and the Northern Territory, Ajilon has 1,100 people nationally, and ASX-listed ASG Group has signalled further growth.

Empired has reinforced the trend, announcing last week it has upgraded its revenue guidance and hired about 100 new staff to support its organic growth.

This followed four acquisitions since 2012, with the largest being last year’s purchase of Intergen, which added 370 staff, mostly in New Zealand and on the east coast.

Overseeing the growth has been managing director Russell Baskerville, who has been diversifying the business to reduce its reliance on the WA market and the energy and resources sector.

“But it’s been really tough because those guys keep spending more and more money with us, year after year,” Mr Baskerville told Business News.

“They are looking for ways to transform their business in a high-cost environment and they are using technology to do that.”

Mr Baskerville, who is a finalist in the 2015 EY Entrepreneur of the Year awards program, said his major customers were not applying margin pressure.

However, the company’s rapid expansion has weighed on its gross margins and expenses, as it recruits and mobilises the extra staff.

Empired will go into the new financial year with about 900 staff, including 311 in WA.

New contracts this year have come from the likes of Toyota in Melbourne, Rio Tinto in Perth, and InterOil in Singapore, where Empired has established an office.

Reflecting on the past 10 years, Mr Baskerville recalled the business only had 15-20 people when he became managing director.

Empired achieved rapid growth in the lead up to its IPO in 2007, but that was followed by a very tough period.

“Externally it would have seemed like a quiet three-year period, but internally it was very busy as we focused on building our systems and getting our business platforms right,” he said.

Mr Baskerville believes successful integration of the acquisitions has played a big role.

The integration has extended across management structures and business systems, such as project management and timesheets.

“Visibility and control has been key to our success,” Mr Baskerville said.

“We are one fully, tightly integrated organisation.

“That’s been critical in terms of the breadth of services we can take to customers and the seamless integration of those services.”

To promote cultural integration and common values, Mr Baskerville has brought together the founders and leadership teams from the acquired businesses.

“We held workshops where everyone was asked: what made each business successful?” he said.

“We found some common themes; one that really stood out was (that) we want to create a great place for people to work.

“The alternative in our industry is the big multinationals; they are hard to work for, they are process oriented and there is no local decision making.”

To share those values across the staff, Empired runs ‘town halls’ where the leadership teams tell stories that show what they have done to help the business.

As a measure of success, Mr Baskerville points to the company’s track record.

“We’ve had no acquisitions where we’ve had fallouts with management or had lots of staff leave,” he said.