The new directors of Empire Oil & Gas have admitted the company's financial position is worse than originally anticipated, with an initial review revealing a raft of performance issues at its flagship Red Gully gas and condensate processing facility. 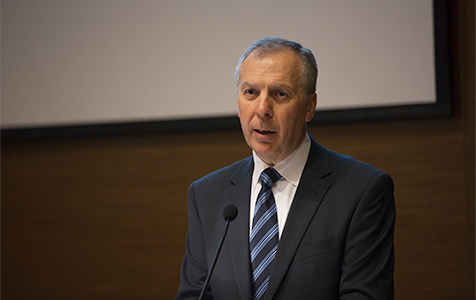 The new directors of Empire Oil & Gas have admitted the company's financial position is worse than originally anticipated, with an initial review revealing a raft of performance issues at its flagship Red Gully gas and condensate processing facility.

Empire today announced a $250,000 net loss in the six months to December 2013, a slight improvement on the $1 million net loss it recorded in the previous corresponding period.

The oil and gas producer undertook a dramatic board overhaul late last year, with representatives of major shareholder ERM Power taking control of Empire after months of public hostility between the two companies.

Empire achieved first delivery of gas and condensate from Red Gully in December last year, but this came after blowouts in the cost of building and commissioning the facility and a significant fall in the company's share price.

The company said today that performance issues at Red Gully had reduced its gas and condensate production capacity and hampered its revenue.

An initial high-level company review conducted in December last year revealed Empire's corporate costs were too high, its operational costs were higher than expected, and its overall financial position required "significantly more strengthening" than had been anticipated.

Monthly revenue from condensate sales to BP is currently Empire's sole source of income and is being used to meet its share of operating costs and provisional royalty payments.

Empire also supplies gas to Alcoa of Australia from Red Gully, but Alcoa has already paid for its first tranche of gas supply from the project.

While the condensate revenue is considered sufficient to meet Empire's operating and corporate costs at this time, it does not provide cashflow to fund future drilling, exploration, or development programs.

Empire plans to reduce corporate expenditure and lower its operating costs as it awaits the findings of an independent review of the Red Gully plant.

A court-ordered mediation has been scheduled for next month.

ERM has provided Empire with a $2 million credit facility, half of which has already been drawn down.

The company's shares closed the day's trade steady at 0.9 cents.