Emerchants gets its groove back 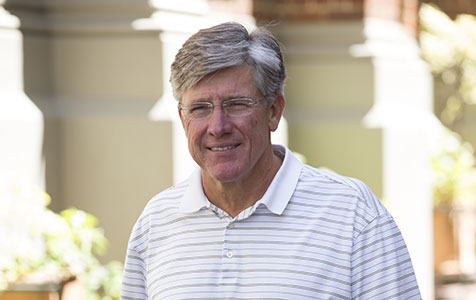 LAST ONE STANDING: Bob Browning is the last remaining member of a prominent group of Perth businessmen who bought into Emerchants more than two years ago. Photo: Attila Csaszar

Australasia featured prominent Western Australian business identities Mark Barnaba, John Toms and John Willing on its board of directors, which was chaired by John Terpu.

“I was part of a group of guys that went out looking for a company we thought had a good business model and good growth potential, but was perhaps capital constrained and needed a bit of management support,” Mr Browning told Business News.

“Over the course of 2011 we must have looked at 100 different companies, and I used to joke that we looked at everything from egg farms to wind farms.”

Today, Mr Browning, based in the US since his time as chief executive of shipbuilder Austal, is the last one from the Australasia team still at Emerchants, which bills itself as a market leader in pre-paid financial cards.

“They’ve all gone on to bigger and better things,” he said.

“But I’ve really enjoyed this run and I’ve gotten a kick out of watching the company get turned around and start to kick goals.”

The turnaround, which Mr Browning credited current chief executive Tom Cregan with driving, is evident in Emerchants’ share price, which has risen from around 9 cents in October last year to more than 60 cents earlier this week.

Emerchants expects to facilitate more than $160 million worth of transactions this financial year, and has recorded an average growth rate of around 30 per cent since 2011.

“We’ve invested a fair amount of money into systems and infrastructure to make the thing run, and probably most importantly, he [Cregan] helped us get focused on the right market segments, because he knew which ones had the most potential based on his experience in the US,” Mr Browning said.

“Over the last 18 months we’ve been trying to build up the business and we’re now really starting to kick some goals in volume.”

Emerchants has caught the eye of institutional investors along the way, and multinational groups now take up about 35 per cent of its share registry.

The company also went to the stock exchange in August to boost its coffers, initially seeking to raise $3 million in an uncertain market.

Such was the demand for Emerchants stock, however, that the company was able to secure $7.5 million.

However the expectations from investors and market watchers in 2011, and the strategy pursued by Mr Browning, were to use Emerchants as a platform to pursue other opportunities in the financial services sector.

That outcome hasn’t eventuated, as building the company to profitability has taken more time than initially anticipated.

“We’re probably going to spend another six months or so getting this company really rocking,” Mr Browning said.

“We’re still in a cash-flow negative position; we expect to turn cash flow positive and profitable certainly within the next 12 months, so that positions us then to start to look for other acquisitions.”

The Queensland’s government’s first use for the card will be in disaster relief – providing funds for individuals in need through a prepaid card.

A formal agreement with the Queensland government is expected over the next few weeks, and Mr Browning said Emerchants would look to leverage that relationship into arrangements with other states.

“The way we measure our business, for every dollar that’s loaded on our card we make around 3.5 to 4 cents,” he said.

“So when you are talking about a market of that size, it adds up very quickly.”