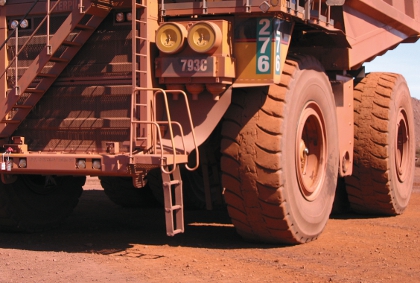 Earthmoving equipment supplier Emeco has forecast full year profit growth of up to 41 per cent due to strong demand in Australia, Canada in Indonesia.

Emeco on Friday said it expected its net profit for the year to June 30 to be between $67 million and $70 million, which would compare to a $49.6 million profit in the previous year.

The company said earnings had been strong so far in the second half of the financial year, after posting a net profit of $28.9 million in the six months to December 31.

"Despite a slow start to the year in Indonesia and Canada, we are finishing FY12 with strong utilisation in both of those markets, as well as in Australia, and we are seeing strong indications of demand in the Chilean market," chief executive Keith Gordon said in a statement.

Emeco said its Australian business had performed strongly with utilisation averaging at 90% for the year to date.

However the company conceded that rain had impacted activity levels at some of its customers operations in Queensland and NSW during March and April, but said it had not materially impacted it 2012 financial year earnings.

Emeco sells and rents heavy earthmoving equipment such as trucks and bulldozers, and provides parts and repairs.

The company has also invested $93 million in expanding its fleet of large mining equipment into it Australian arm.

It operates in Canda, Indonesia and is expanding into Chile.

Emeco said its Canada-based business was enjoying its best performance through the traditional low activity period of the year.

New contracts in Indonesia had led to an increase in the utilisation of Emeco's fleet in that business to 88 per cent, it said.