Embrace the future with big ideas

The AICC (WA) believes WA needs to explore innovation and invention in order to remain globally competitive. Here are five ideas to get the conversation started. 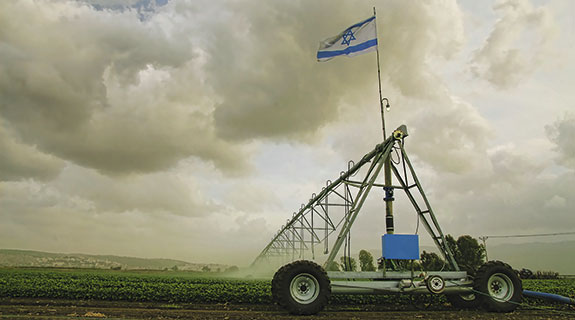 The AICC (WA) believes WA needs to explore innovation and invention in order to remain globally competitive. Here are five ideas to get the conversation started.

DURING the past five years, Israel has invested more than $US25 billion in transport and infrastructure including trains, roads and airport development.

Using technology developed by US space agency Nasa, a new transport prototype is currently under construction in Tel Aviv, prior to deployment around the world.

The Skytran is a high-speed driverless levitating personal pod that sits on a grid system and is operated by magnetic force. It’s touted as an alternative and advanced transport system that can alleviate congestion, while also being environmentally friendly.

With the proposed $2 billion MAX light rail project on hold, should a Skytran-type system be considered as an alternative?

Greening the desert has become a reality for Israel, whose technologies have helped cultivate crops, develop livestock and fish farming, and generate reforestation in the most arid of landscapes. Unique water technologies, as well as harvesting techniques and bioengineering have placed Israeli agro-technology at the forefront of the world food revolution.

The fresh and processed produce of Israel is also renowned for science and technology.

From hydroponic crop development through to crop yield development, the green revolution has mass potential to develop high production solutions.

Regardless of where a person lives in Israel, a single national system exists for on-street parking infrastructure.

Consumers have an online account that can be accessed at any time from any location. Parking can be paid for with the use of a mobile phone, provisioned on advance order, and extended by remote access if required. Registration is free and requires no membership fee.

The technology has been deployed in a number of cities around the world. In particular, the single system provides for reporting and analytics, as well as seamless integration with local governments, such that multiple systems and inconsistent rules and regulations become standardised.

With increasing road congestion, a reduction in inner-city parking, and a constrained public transport system, optimising access to Perth’s parking network in vital.

A single system that can be accessed across all municipalities, with the convenience of a remotely accessed account, could deliver great efficiencies for authorities and the public.

During 2014, there were more than 75 high-tech acquisitions or public offerings in Israel by multinationals worth about $US15 billion. Start-ups also raised $US3.4 billion in investments, including $US910 million in venture capital.

With innovation at an all-time high in Israel, venture capital funds are investing heavily into technology related Israeli firms.

Israel’s first toll road has set new standards in the international toll industry in construction, technology, and operation. The road uses cameras and a back-end algorithm to both monitor traffic and determine pricing.

The cost of using the road is variable, contingent on the time of use and level of congestion. A guaranteed journey time can be determined, and the charge rate is adjusted accordingly. Using licence plate recognition technology, the journey is seamless and is widely regarded by the public as both a valuable and necessary development. The capacity to develop this infrastructure without private investment and recovery would not have been possible.

Further, the safety and quality of road development was markedly improved as a result of the structure adopted.

As Perth prepares to develop its first toll road, it is widely acknowledged that some of WA’s future road infrastructure will require private development and operation.

Using the technology developed for Israel’s toll infrastructure, existing roads can become scalable toll-based access points to assist with the management of congestion and peak hour travel. This can occur by converting an existing freeway lane into an ‘occupancy toll lane chargeable facility’ during particular hours of the day.