Chris Ellison is forging ahead with a bid to have a lawsuit mounted against him by a sacked contracts manager thrown out, insisting the claim be “cleansed” or remain shielded from public view. 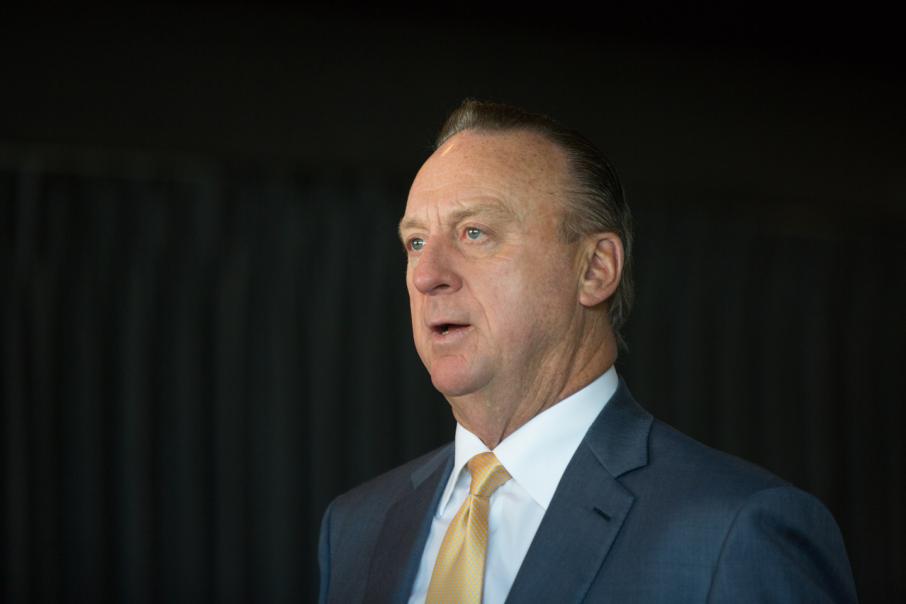 Mineral Resources, Mr Ellison and their high-profile lawyers Bennett and Co are all named as parties to the action.

Mining magnate Chris Ellison is forging ahead with a bid to have a lawsuit mounted against him by a sacked contracts manager thrown out, insisting the claim be “cleansed” or remain shielded from public view.

The legal battle began almost a fortnight ago, when Sydney-based Harmers lawyers, who are representing former procurement manager Steven Pigozzo, lodged the action in the Federal Court.

Mineral Resources, Mr Ellison and their high-profile lawyers Bennett + Co are all named as parties to the action, which reportedly contains 155 paragraphs detailing Mr Pigozzo’s experience during his time with the mining giant.

The legal action came just 48 hours after failed talks prompted the Ellison-led company to sue Mr Pigozzo over allegations he collected secret commissions and misused the mining giant’s confidential information, which allegedly led to his sacking in January.

But within hours of the second claim being lodged, Bennett + Co sought a court order to prevent the media obtaining or reporting any of the information contained within it.

The court has since restricted access to various documents filed as part of the case until at least 4pm today.

Justice Michael Feutrill was due to make a final decision on the suppression order sought at today’s hearing, but agreed that at least two paragraphs within the claim should be prevented from being discussed in open court.

During a four-hour hearing today, Mineral Resources' lawyer Steven Penglis told the court the contents of the statement of claim offended legal principle and contained serious allegations that were "egregious" and not properly pleaded.

Subsequently, he argued it should be thrown out or "cleansed" before being released for public inspection.

“We’ve not sought to stop publication of matters, but this statement of claim should never have been filed because it offends legal principles,” Mr Penglis said.

“Until that document is cleansed adequately, it should not be seen by the public.

“Third parties seeing that only amplifies that abuse of process.

Mr Penglis went as far as to describe one of the pleadings as scandalous, demanding it be redacted.

The application was one of several made by Mr Penglis, including to have swathes of the claim struck out, restrain publication of matters and a program for hearing.

He also sought to strike out an affidavit lodged by Harmers Lawyers boss Michael Harmers, which he argued contained “extraneous and potentially inappropriate material”.

“Our concern is there is significant press attention, and that’s fine, but at least one press agency has applied to read the affidavit,” Mr Penglis said.

“We cannot allow for extraneous and potentially inappropriate material to be wrongly put in affidavits, which will then be subject to an application for inspection.

“Mr Harmer caused media outlets to have the statement of claim which featured very serious allegations that should never have been filed in that form.

“It’s one thing to wave the white flag, but it’s another to leave this on the court file.”

Harmers’ legal counsel Sheryn Omeri was responding to Mr Penglis’s submissions in the federal court on Monday afternoon, after which time Justice Feutrill is expected to make a judgment on the matter.