A handful of big, integrated, high-rise projects with a combined value of $2.2 billion will reshape the waterfront site. 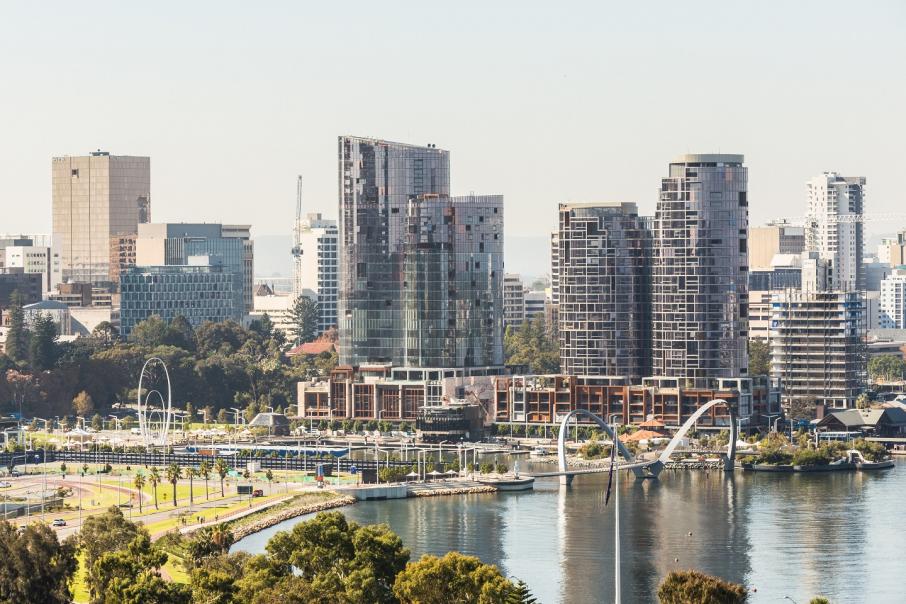 A handful of big, integrated, high-rise projects with a combined value of $2.2 billion will reshape the waterfront site.

Three years after the site was opened to the public, the development of high-rise buildings at Elizabeth Quay is slowly taking shape.

The first development is nearing completion, a second has been locked in and early works are starting on a third.

That leaves room for two more big developments at the riverfront site, which has divided public opinion for many years.

Elizabeth Quay, and Perth’s construction market, received a boost early this month when Brookfield Property Partners and Chevron signed a deal that will pave the way for construction of a 29-level office tower.

After the contract signing, Planning Minister Rita Saffioti had a stab at predicting how long it might take before the area was fully developed.

“I suspect it will be another five to six years until it is all built out, but that will depend on the market,” Ms Saffioti said.

She pointed to early site works at lots 2 and 3 as a positive signal.

At the time, they unveiled ambitious plans for EQ West, which will comprise two towers – one will be 45 storeys and topped with an art gallery and viewing platform, with the second being 20 storeys tall.

The erection of a fence around the site and a small amount of equipment on the ground is the most tangible signal of progress.

The CA joint venture has also bought lot 4, which is best known as a music venue during the Perth Festival.

When the Metropolitan Redevelopment Authority announced the sale of lot 4 in 2017, it said the development would comprise new commercial, retail and residential opportunities, as well as a post-graduate education facility and short-stay accommodation for students.

There has been no update since.

The MRA reaped total proceeds from land sales at Elizabeth Quay of more than $300 million, signalling the long-term value developers placed on the prime location.

It was also a winner at the 2019 Property Council of Australia / Rider Levett Bucknall Innovation and Excellence Awards, picking up the GOUGH Recruitment Award for Government Leadership for “transforming Elizabeth Quay from an under-used riverside location to a thriving new precinct in Perth’s CBD".

In announcing the award, the Property Council said the private development proposals at Elizabeth Quay were collectively valued at $2.2 billion.

Private development of the area kicked off in August 2016, when Far East Consortium started work on the Ritz-Carlton and The Towers projects at lots 8 and 9.

The apartment towers have been completed and the 204-room hotel is due to open later this year.

Construction on the neighbouring lot 7 will start in the middle of next year, after Brookfield and Chevron signed their sale-and-leaseback deal.

Under the deal, Brookfield agreed to buy lot 7 from Chevron and develop the oil and gas producer’s new Australian headquarters, with the building to be known as 1 The Esplanade.

Chevron committed to lease 78 per cent of the 42,000 square metres of floor space for a period of 15 years.

Brookfield owns five premium and A-grade office towers in Perth, making it the city’s largest commercial landlord, and has a pipeline of four more developments.

These include two more towers at Elizabeth Quay – lot 5 is earmarked for a 53-level mixed-use tower, including a hotel and apartments while lot 6 will have a 19-level tower.

Brookfield also has rights to develop above the Esplanade bus terminal and at the Bishops See site near the top of St Georges Terrace.

Ms Fallman said the timing of these projects would depend on tenant demand.

“We think it will be a great complement now with the three buildings along the Esplanade,” she said.

“As a big landlord, we’re proud of our ability, as we’ll call it, to make places and activate spaces so they are interesting not just for the office tenants but also for visitors there and the activation of the waterfront and ultimately the continuation of the urban realm through Brookfield Place and all the way down to the river.”

Ms Fallman also indicated Brookfield had no plans to depart from its design style.

“As a firm, our view is that our buildings should be designed for the long term, classically, simply and really stand the test of time,” she said.