The potential to create iconic developments at Elizabeth Quay may be proving a lure too attractive to resist for Malaysian developer Victor Goh. 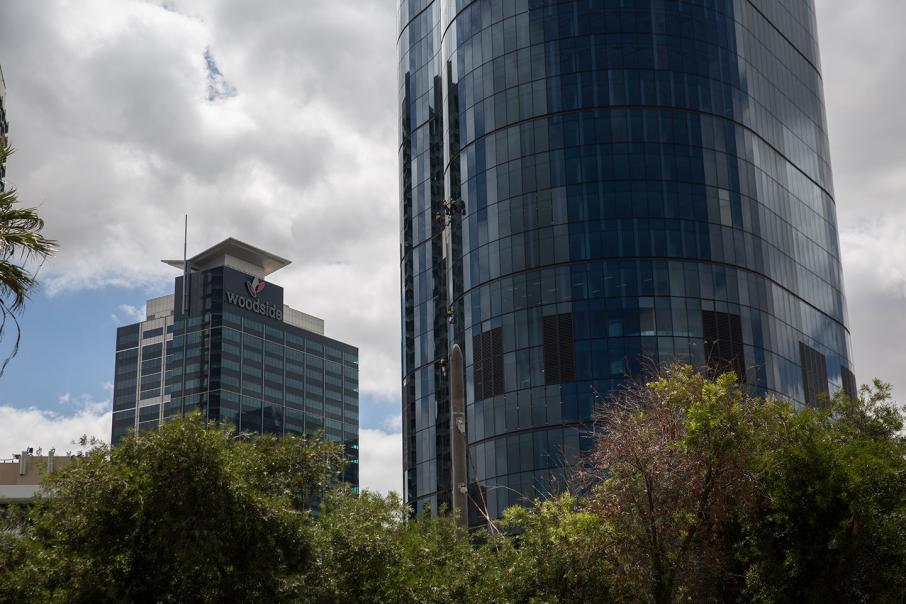 Woodside Petroleum is expected to move from Woodside Plaza into its new building at Capital Square (right) next year. Photo: Attila Csaszar

The potential to create iconic developments at Elizabeth Quay may be proving a lure too attractive to resist for Malaysian developer Victor Goh.

The reclusive Mr Goh now has two flagship hotel and apartment projects at Elizabeth Quay, with speculation rising that the soon-to-be-completed new headquarters for Woodside Petroleum at Capital Square could be sold as the developer’s attention starts to shift.

Last year, Mr Goh was unveiled as Adrian Fini’s joint venture partner for lots 2 and 3 at Elizabeth Quay, where a $300 million apartment tower is being planned, complete with an art gallery and viewing platform 45 storeys high.

At the time of the announcement of the joint venture, Mr Goh told Business News the project would rank among the most meaningful of his career, which has spanned more than two decades in Malaysia, overseeing the development of more than 1.5 million square metres of commercial and residential projects.

Preliminary plans flag the construction of a mixed-use tower incorporating a short-stay hotel for students, and post-graduate education facilities.

The Elizabeth Quay announcement coincides with speculation that potential suitors are circling the soon-to-be-completed 31-storey office tower at Capital Square.

Multiple industry sources have told Business News that two parties – one understood to be the state’s biggest commercial landlord, Brookfield Property Partners – have made approaches to purchase the tower.

A Brookfield spokesperson declined to comment on the matter, but a source close to the development said the information was well founded.

The office tower at Capital Square, which is being built by the Brookfield-owned construction contractor Multiplex, is one of three buildings proposed at the site by Malaysian developer AAIG.

According to development assessment panel documents, the office tower has a base build cost of $180 million, while the entire project will cost around $350 million to build.

Even if the sales price only covered the office tower’s development cost, it would be the largest office transaction to occur in Perth since the sale in February last year of the Forrest Centre for $190 million.

The other two proposed buildings at Capital Square comprise an apartment tower and a hotel, which are expected to come on stream after the main building is completed.

The sale of the last development plot is not the only movement at Elizabeth Quay, with Brookfield expected to lodge paperwork for its two-tower development in coming weeks.

Brookfield’s initial plan for the site was to create two towers, one of 20,000sqm and the other around 60,000sqm.

However, it is understood Brookfield was evaluating its options for the site, and the developer may instead focus on delivering apartments or a hotel.

A Brookfield spokesperson said the imminent lodgement of a development application was not an indication that the company had secured an anchor tenant for the project.

Brookfield’s exclusive working period with the Metropolitan Redevelopment Authority is scheduled to expire in July.

Meanwhile, sources say a sales campaign launched last year for the Ritz-Carlton hotel, also being built at Elizabeth Quay, has yet to secure a suitable bid for the luxury hotel.

JLL Hotels & Hospitality Group was appointed in August last year by the hotel’s developer, Far East Corporation, to sell the 204-room hotel, with a potential sale expected to set a new benchmark for hotel transactions in Western Australia.