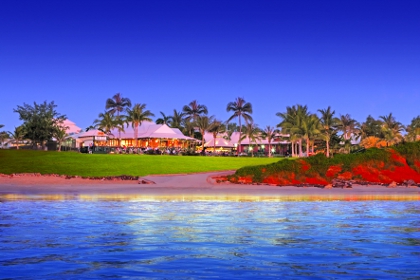 The Cable Beach Club Resort and Spa, YHA Hostels and the Murray Hotel in West Perth were among the winners in the latest round of federal tourism grants designed to support regional development.

A total of $2.3 million has been set aside for projects in WA.

The Murray Hotel in West Perth has received $250,000 to help fund the expansion of its premises through the addition of 79 new rooms and a new restaurant and bar.

Property group Hawaiian's Cable Beach Club Resort and Spa in Broome has been handed $200,000 to upgrade the resorts conference facilities in the hope of attracting major national and international conferences to the remote region.

Local government has also benefited from the grant scheme, the Shire of Denmark has been handed $115,000 to build a walk and ride trail path at Wilson Head and the Shire of Yalgoo has been given $250,000 to develop permanent caravan park accommodation.

An innovative project at the heritage-listed Fremantle Prison has received funding of $250,000 to support the construction of a YHA hostel within the former prison that will house 200 new dormitory and private beds for backpackers.

Applications for the 2013 round of Tourism Quality Projects, a separate federal program which offers matched grants of up to $100,000, closes on May 3.