Potash explorer Elemental Minerals has received a $123.1 million cash takeover offer from a Hong Kong investment group, but the company was quick to list a number of reasons why the proposal wouldn’t succeed. 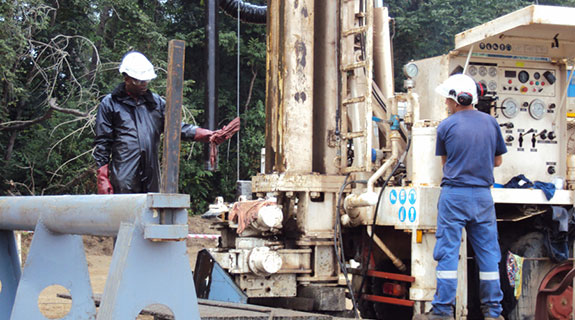 Elemental is developing its flagship Kola Sylvinite potash project in the Republic of Congo.

Potash explorer Elemental Minerals has received a $123.1 million cash takeover offer from a Hong Kong investment group, but the company was quick to list a number of reasons why the proposal wouldn’t succeed.

Dingyi Group Investment put forward an expression of interest to Elemental, offering 30 cents per share for its 410.2 million ordinary shares on issue, a 62 per cent premium on the Perth-based company’s last closing price.

It’s Dingyi’s second attempt at acquiring Elemental; the investment house made a formal $190 million takeover offer for the business in 2013, however it lapsed.

“The Hong Kong Stock Exchange determined the (first bid) to be a reverse takeover and that Elemental didn’t meet the (then) new listing requirements for mineral assets under HKSE listing rules,” Elemental said in a statement.

“Dingyi has not provided Elemental with sufficient comfort that this is no longer the case.”

Elemental also said that its existing non-binding term sheet with Mauritius-based Summit Private Equity for a $US50 million investment in the business was also exclusive, and would be sufficient to fund the company through to construction of its flagship Kola Sylvinite project in the Republic of Congo.

“This cash injection will allow the company to pursue a new strategy accelerating the development of its various potash projects,” it said.

“As the proposal from Dingyi has no guarantee of completing and the consideration is significantly below both the fundamental value of the company and the value that could be created under the Summit proposal, the board has rejected Dingyi’s proposal and has advised Dingyi that Elemental cannot have any discussions due to the current exclusivity with Summit.”

Meanwhile, Elemental also announced today it had received commitments from unrelated sophisticated and institutional investors for a $4.1 million placement, priced at 20 cents per share.

The proceeds of the raising will be used to fund the ongoing process of completing the Summit investment, Elemental said.

Elemental shares closed 2.7 per cent lower to 18 cents each, after reaching a high of 20 cents during trade.