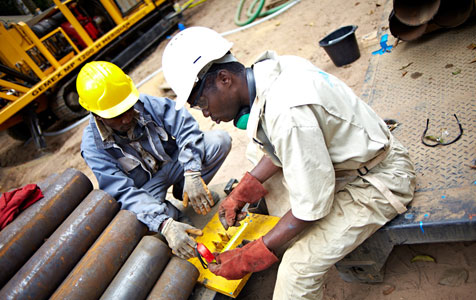 The company, whose shares this morning remain flat at 19.5 cents, made the placement to existing shareholders at price of 20 cents a share.

Also announced were the company’s upcoming feasibility studies at two of its Congolese projects.

Elemental currently has three projects in development within its 1,067 square kilometre Sintoukola potash exploration permit in the Republic of Congo.

The company says the location of the permit within Central West Africa, and especially its vicinity to the coast is seen as a key advantage in servicing the Brazilian fertiliser market.

Elemental says it is about to begin a bankable feasibility study of its Kola deposit, with completion in the third quarter of 2016.

It expects construction to begin at the Kola site in the second quarter of 2017.

Another project, the Dougou deposit, is to begin a pre-feasibility study in August, with expected completion in the second quarter of next year.

Yangala, the third project within the Sintoukola permit is still in the exploration stage.