Elemental Minerals has negotiated an extra $US10 million in a proposal from a private equity group for an investment to assist the business advance its flagship Kola Sylvinite potash project. 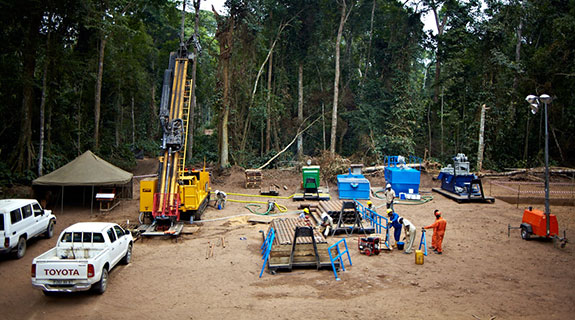 Site work at one of Elemental's operations in Africa.

Elemental Minerals has negotiated an extra $US10 million in a proposal from a private equity group for an investment to assist the business advance its flagship Kola Sylvinite potash project.

The Perth-based potash explorer now plans to raise a minimum $US50 million from Mauritius-based Summit Private Equity through an equity investment priced at 20 Australian cents per share, following the signing of a non-binding term sheet today.

The raising will fully fund Elemental through to the start of construction of the Kola project in Africa.

The proposal was originally put forward to Elemental in November.

The deal also includes terms of a partnership between Elemental and a construction consortium comprising French companies Vinci Construction Group, Technip France, Egis Group and Louis Dreyfus Armateurs, with a view to completing a definitive feasibility study on Kola and ultimately leading to the award of an engineering, procurement and construction contract to the consortium.

If an EPC contract is awarded, Summit has envisaged that construction could begin at Kola within 24 months, targeting a full-scale 2 million tonnes per annum potash operation, rather than a phased approach.

“We have spent a significant amount of time assessing this proposal and meeting with Summit and its partners and believe that this proposal is a very exciting opportunity for the company, which is why we are willing to enter into exclusivity with Summit,” Elemental managing director Sean Bennett said.

“We have been impressed by the work that Summit, and their partners, have done to date and look forward to working with them to bring this new strategy to fruition.”

Elemental shares closed 2.5 per cent higher to 20 cents each.