New warnings have emerged electricity prices could rise if Western Australia adopts an east-coast style energy market, according to a report commissioned by a private operator. 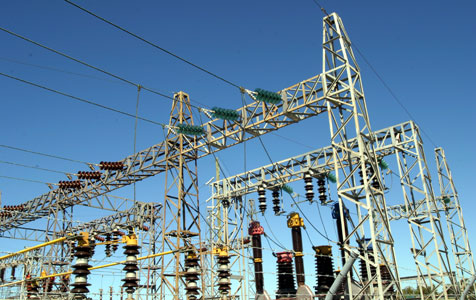 New warnings have emerged electricity prices could rise if Western Australia adopts an east-coast style energy market, according to a report commissioned by a private operator.

The government is currently undergoing a comprehensive review of WA’s wholesale electricity market, which Energy Minister Mike Nahan said was aimed at reducing electricity prices and government subsidies, which cost more than $500 million a year.

A discussion paper on the review is due to be announced soon.

The review could spark the biggest change in WA’s electricity sector since 2006, when vertically integrated Western Power was disaggregated into separate generator, retail, and transmission entities.

One of the major points of contention is the future of WA’s two-tier energy and capacity electricity market, which some have said should be replaced with an energy-only market similar to what exists on the east coast.

EnerNOC, whose clients participate in WA’s capacity market, commissioned an economic report by HoustonKemp that found moving to an energy-only market in WA posed a significant risk of higher electricity prices for consumers.

The east coast’s energy-only market relies mainly on regulated price signals to drive how much power is generated, and how and when new investment occurs.

The HoustonKemp report found while this system provided efficiencies, in particular due to its size operating across Queensland, New South Wales, Victoria, South Australia and Tasmania, it would not necessarily work in WA.

The HoustonKemp report said WA’s network, being much smaller and isolated in context, would be susceptible to higher prices and likely act as a barrier to entry to new generator investments if it moved to an energy-only market.

“Shoehorning WA into an east-coast style model is not viable and this study shows such a move could lead to unnecessary increases in energy prices,” he said.

Mr Harris said the association, which advocated for greater private investment in new generation, was open to changes to the capacity market, but within reason.

“You’ve got to be very careful, people make investments and you don’t want radical shocks,” he said.

Mr Harris said one such change was the price paid to secure capacity, which currently stands at $178,477 per megawatt per year but will go down to $122,427/MW from October 1.

Payments past 2016-17 have been deferred during the review.

Mr Harris said the changing nature of the electricity market meant a greater number of smaller and more distributed generators were likely to be built in future.

While his members also include developers of large traditional generators, he said they were ready for change that would open the market to smaller developments.

“The IPA is about competition, yes there will be winners and losers, we just want to see an open market.

“It’s not about protecting the big guys against the small guys, let everybody have a go.

“You don’t need a balance sheet of a billion dollars like a mega utility to build this stuff, you can be small, nimble.”