The construction industry wants miners to pay to help maintain apprentice subsidies in the state. 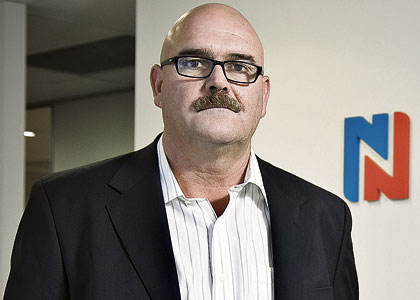 The construction industry wants miners to pay to help maintain apprentice subsidies in the state.

Electrical contractors are facing a sharp cut in apprentice subsidies and warn this could spark higher commercial construction costs in Western Australia.

The move has also revived questions about whether the resources sector should be required to contribute to the Construction Training Fund.

The training fund, which gains revenue through a 0.2 per cent levy on construction projects, has announced it will reduce the subsidies paid to electrical companies taking on apprentices from July.

Companies are subsidised $9000 for every new apprentice and an additional $3000 for an apprentice over the age of 21, which is in line with other trades.

However, that will reduce to $6000 from the start of July for electrical apprentices and the mature-age bonus for over 21s will be scrapped altogether.

There will be no change for other trade apprenticeships.

The training fund, which is facing a shortfall, said it decided to reduce the subsidy because electrical apprenticeships were taking a disproportionate amount of the money.

Nilsen WA general manager Ross Blacklock said the decision would have significant ramifications for his electrical contracting business, which already had to manage tight margins.

The company employs 86 apprentices in the Perth metropolitan region and this year’s intake had a ratio of about 60 per cent junior and 40 per cent over the age of 21.

Mr Blacklock said that ratio would likely change because a 50 per cent funding reduction for adult apprentices would be too difficult to manage.

He said the company had increased the number of apprentices from 12 to 86 in only five years because of an increase in contracts on commercial construction projects.

Such demand meant the company could not reduce the number of apprenticeships, because the work still needed to be done but it would instead be forced to absorb the additional costs.

“That is going to force the costs of construction up in this state so it’s going to cost more for people to build – it’s basically going to be a disincentive to those that are pouring money into the building sector,” Mr Blacklock said.

Executive director of the training fund, Ralph Dawson, told WA Business News the proportion for electrical mechanical apprentices was about 35 per cent of the overall $18 million set aside for apprentice subsidies this financial year.

This was out of balance with what was being given to other trades.

“In June last year the (electrical apprentice) proportion was 30 per cent, and at the end of February it was 35 per cent – if that rate continues then clearly the problem is going to get bigger not smaller,” he said.

“When you look at the value that their trade adds, which is about 8 to 11 per cent of an overall construction project, it’s out of balance there as well.”

Mr Harris said electrical trades had a higher proportion utilising the subsidies because the industry had a dedication to training, which was not the case with other trades because they did not require licensing.

He said the association had met with state training and workforce development minister Peter Collier and was feeling “upbeat” after discussions.

“We got a good hearing from the minister – he listened to us and we are pleased that he did that and will take our views on board,” he said.

The minister said he was planning to meet with the board of the training fund to discuss the matter. “I am concerned about any move that may have the potential to impact negatively on apprentice numbers, however, (the fund), as an independent statutory authority, makes recommendations after consulting widely with a range of industry sectors,” he said in a statement to WA Business News.

It’s been a difficult year financially for the training fund, which is expected to rack up a funding shortfall of about $800,000 – largely due to flat construction activity reducing revenue from the anticipated $32.9 million to about $30 million.

It had managed to reduce its expenditure, but Mr Dawson said the short-term financial outlook did not look promising and the 2012-13 financial year looked likely to be similar to the current year.

He said the resources sector could help by contributing to the training fund, which would be fairer on the industry as it took up a significant amount of labour trained by those who paid the levy.

Mr Dawson said about half of the construction industry’s electrical apprentices ended up working in areas that did not contribute to the training fund, such as the resources sector and domestic electrical contracts.

He claimed the resources sector was also responsible for driving up demand for qualified electricians. “In the last 10 months there’s been a 25 per cent reduction in the commencement of traditional trade apprenticeships, but a one per cent increase in electrical mechanics,” Mr Dawson said.

“The building industry has been static over that period of time but what has grown, of course, has been construction and operations in the resources industry, so you don’t have to be Einstein to figure out where that growth is coming from.”

He said resources companies should be made to also pay the 0.2 per cent levy on construction projects – something Master Builders Association WA executive director Michael McLean agreed with.

“We currently have an inequitable situation where large users of these trades are not contributing to the training of those tradespeople,” Mr McLean said.

But Chamber of Minerals and Energy director Nicole Roocke said that would be unfair on resources companies, which already took the initiative to fund their own apprentice training schemes.

Ms Roocke said there needed to be discussion across the whole industry to truly identify the flow of workers and avoid the current “us and them” arguments over training.