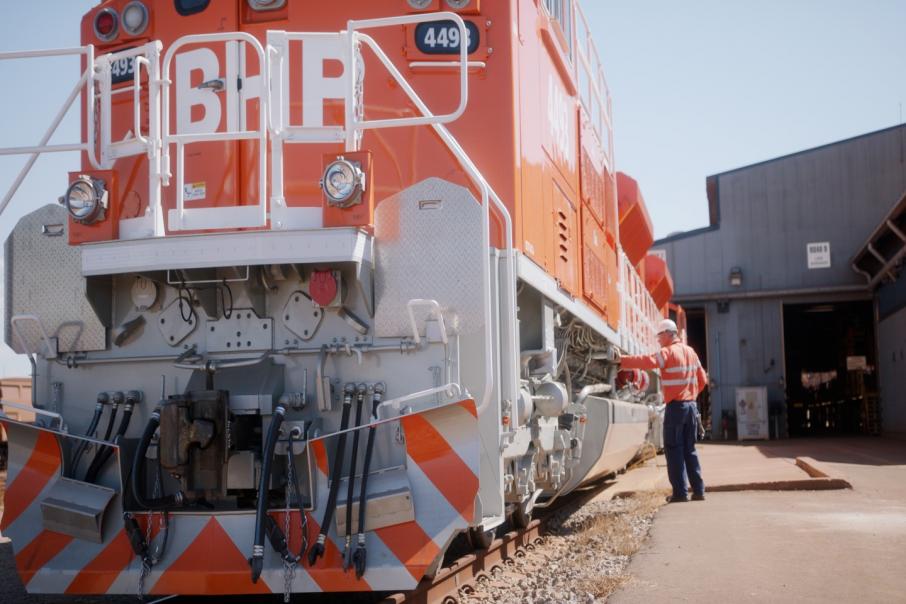 The Big Australian is set to trial the locomotives’ performance and emissions reduction capabilities in delivering iron ore from its Pilbara mines to the Port Hedland export facility when they arrive in 2023.

Rio Tinto and Fortescue Metals Group both announced formalised plans in recent weeks to use electric locomotives in their iron ore operations.

Two of BHP's locomotives have been supplied from Progress Rail - BHP’s current provide - with the remaining from New York Stock Exchange-listed Wabtec Corporation.

Progress Rail - a Caterpillar company - is also providing locomotives to Fortescue, while Rio has opted to use Wabtec.

BHP asset president for WA iron ore Brandon Craig said he was pleased the company could play a role in developing new solutions for a cleaner future.

“Rail is the fundamental link in our pit-to-port value chain, and the power required to deliver fully-laden iron ore wagons from the Pilbara to Port Hedland is significant,” Mr Craig said in a statement.

“Trialling battery-electric locomotives in collaboration with Progress Rail and Wabtec has great potential to support our operational emissions reductions targets and goals.”