Bad experiences with air-conditioning and solar power may help prevent the same issues arising with the possible shift towards electric-powered vehicles. 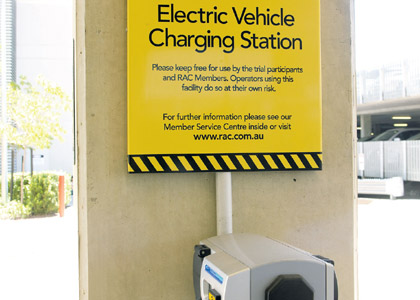 Bad experiences with air-conditioning and solar power may help prevent the same issues arising with the possible shift towards electric-powered vehicles.

IN an oft-quoted case of foot-in-mouth disease, Premier Colin Bamett once commented that air-conditioning was a ‘luxury’.

It was an off-the-cuff remark that proved politically costly and made Mr Barnett look out of touch.

He was right, of course. For most of us, air-conditioning is unnecessary for all but a handful of very hot days, when as kids we used to beat a hasty retreat to the library, the cinema or a favourite swimming hole.

Mr Barnett was simply being sensible. His government was being wedged by the unfortunate confluence of rising power prices and greater electricity usage. An increasingly indolent population had become used to air-con and resented the fact that this additional power use came at a time when electricity prices were rising to reflect cost.

Air-conditioning penetration in WA had jumped more than 55 per cent in just six years, from just over 45 per cent of households in 1999 to a smidge under 70 per cent in 2005.

I expect the penetration would be even higher today.

More importantly, it was not so much the increased penetration but the speed of the change that took engineers and economists by surprise.

So the noughties were dramatic in terms of air-con. In less than 10 years, being able to artificially cool our houses had gone from being an aspiration to an expectation.

Mr Barnett was simply stating that owners of air-conditioners should not expect to have their cake and eat it too; but in politics those messages don’t work when you are talking about the majority.

With air-conditioning now near-ubiquitous, it seems that it was only the premier, and this writer, who went without. In some ways that is a good thing. At least the rise in prices caused directly by rising air-condi-tioner usage could be shared fairly.

Only a few losers had to help pay for the increased capital costs when they didn’t have air-con themselves. Not many votes lost there.

But what if that big jump in demand had occurred from a base of much lower household penetration levels? What if we had seen a rise from 10 per cent penetration to 30 per cent in six years? That too, no doubt, would have caused a strain on the system but would not have represented a majority of the population.

Would it have been fair, under such circumstances, for 70 per cent of households to wear the cost of the ‘luxury’ of air-conditioning 30 per cent of homes? I doubt it.

I believe you could ask the same question about solar electricity generation.

There was a massive take-up of rooftop solar power generation in recent years, which is proving costly to all of us.

Part of the jump in ownership was due to state incentives, such as the Feed-In Tariff, which offered as much as almost double the retail price of electricity to people who produced power on their roof and sold it back to the rest of us. A sudden reduction in the cost of units, higher incomes and rising electricity prices (driven in part by air-con ownership) helped give this sector momentum before the state belatedly acted to turn off the incentive tap.

Rooftop solar also comes with its own special ways of straining the electricity grid, so the 75,000 or so owners of such units that contribute to the Feed-In Tariff system will be pushing the cost on to the rest of us through the non-commercially high price they are paid and the additional cost of retrofitting scattered microgeneration into a grid installed to funnel electricity out from massive generators in the south.

Is this fair? I don’t think so. Even though the state set out to encourage private rooftop solar electricity generation it got its numbers wrong and made it too generous. The fact that it got out of control reflected both poor policy implementation and bad management.

So it was with some interest that I note the Australian Energy Market Commission last month released its final advice on energy market arrangements for electric and natural gas vehicles.

The AEMC flagged the potential for electric vehicles to impact on the power system and wants energy policy to create the right incentives to manage that.

In effect, if electric vehicle sales take off they could be like the last wave of air-con with a surge of use that the network - in Perth’s case the South West Interconnected System - is not prepared for. This is especially dangerous if governments see electric vehicles as environmental improvements and provide incentives for the market to grow more rapidly than it might under other circumstances.

Using research provided by international consultancy AECOM, the AEMC suggested that the time, place and process used to charge electric vehicles ought to be managed. There were risks, it suggests in just allowing people to drive home or to the office and plug their car into the power point.

According to the report, AECOM estimated that between 2015 and 2020, unmanaged EV charging could result in costs to the electricity system in the order of $10,000 per vehicle in the National Energy Market, which operates on the eastern seaboard.

Of this amount, it was estimated that between $6,500 and $7,000 would be borne by all consumers (or $1,000 per vehicle), which the owner would avoid each year. This has the potential to, like solar power and air-con, unfairly shift the cost of someone’s use, whether driven by a green conscience or not, onto others.

The AEMC broaches a number of topics around this issue. Should vehicle-charging systems, including suppliers, be separate from existing energy suppliers? Can prices and metering be managed to encourage vehicles to be recharged at nonpeak times?

While the environmental benefits of electric cars remain questionable due, significantly, to the manufacturing and disposal of batteries, there are appealing elements, including: less road-based emissions; the efficiency of centralised power sources; diversifying automotive energy sources; and the technology leaps that can come from commercialisation.

And, intriguingly, a trial of vehicles in WA found that fleet usage, where commuters tended to recharge their cars after arriving at work, largely mirrored solar energy generation patterns. So electric cars might offer a market for the rather expensive solar power that we are currently saddled with, which is being produced at a time that doesn’t ideally match demand.

I am very glad to see someone at a policy level highlighting this issue in advance. The sector is in its infancy (the University of WA estimates that the state has only around 50 such vehicles), so there is a great opportunity to act early and learn from the mistakes associated with with air-conditioning and rooftop solar.

The challenge, as ever, will be getting those in charge to do something before it is too late.