Cottesloe’s town planning scheme has been finalised to allow up to eight-storey buildings along the beachfront, but the government says the new regulations do not allow for high-rise development. 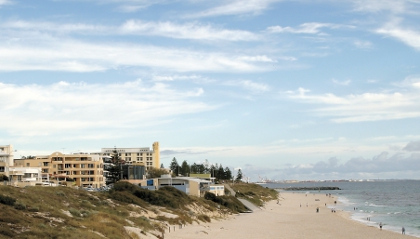 The Cottesloe beachfront may have a very different look under new planning regulations approved by the state government today.

Cottesloe’s town planning scheme has been finalised to allow up to eight-storey buildings along the beachfront, but the government says the new regulations do not allow for high-rise development.

The Town of Cottesloe previously advocated a three-storey height limit for buildings.

The main changes include a maximum height limit of five storeys for lots fronting Marine Parade between Eric and Forrest streets, while eight-storey and six-storey exceptions would be made for the Ocean Beach Hotel and Lido sites, respectively.

Planning Minister John Day said the proposed changes had been the subject of “exhaustive debate, examination and consultation”, and would encourage the redevelopment of the area.

Premier and Cottesloe MLA Colin Barnett said he hoped the changes would bring an end to 20 years of debate.

Mr Barnett said allowing an eight-storey building at the Ocean Beach Hotel site was “not high-rise development”, and expected Cottesloe residents and beach visitors alike to benefit from the scheme changes.

“The clear direction this planning scheme provides will encourage the redevelopment of some areas that would benefit from renewal,” Mr Barnett said.

“It will be mandatory that the ground floor of all developed blocks is set aside for retail and commercial activities such as cafes restaurants and shops.

“To add to the diversity of options for visitors to Cottesloe, the first floor of developments on larger sites will also be set aside for short-stay accommodation.”