The Federal Court has ordered the former managing director of a Western Australian-controlled egg producer to pay a $120,000 penalty for attempting to induce a cartel arrangement between competing producers. 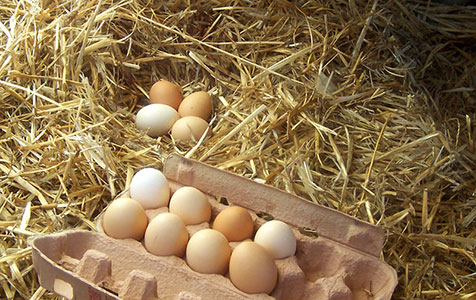 The Federal Court has ordered the former managing director of a Western Australian-controlled egg producer to pay a $120,000 penalty for attempting to induce a cartel arrangement between competing producers.

Zelko Lendich, a former director of the Australian Egg Corporation (AECL) and the former managing director of ASX-listed Farm Pride Foods, was ordered to pay the penalty for attempting to induce a cartel arrangement between competing egg producers AECL, Farm Pride and Twelve Oaks Poultry.

The Federal Court’s decision followed an investigation by the Australian Competition and Consumer Commission, which began in May 2014, just two months after Mr Lendich stepped down as managing director of Farm Pride.

In a statement from March 2014, Farm Pride said Mr Lendich was leaving after having served 11 years as both chairman and managing director to spend more time with his family living in WA.

The competition watchdog has also lodged an appeal to consider that AECL chairman and Twelve Oaks director Jeffrey Ironside and AECL managing director James Kellaway were also involved in the arrangement.

The ACCC has alleged that both Mr Lendich and Mr Ironside attempted to induce egg producers to cull their hens to reduce supply available to consumers and businesses.

Farm Pride Foods’ largest shareholder (with a 49.8 per cent stake) is West Coast Eggs, which is wholly owned by Perth-based AAA Egg Company.

“The ACCC brought this proceeding against the AECL and competing egg producers because it was concerned that the actions of the respondents, including Mr Lendich, if successful, could have reduced the production and supply of eggs and ultimately increased the price for consumers and other businesses,” Mr Sims said.

“(This penalty) underscores the significant legal risks that may arise from bringing competing firms together without appropriate safeguards being in place.”