A local academic has warned that failure to privatise the operation of Fremantle Ports could have a negative effect on the competitiveness of the Western Australia’s exporting industries. 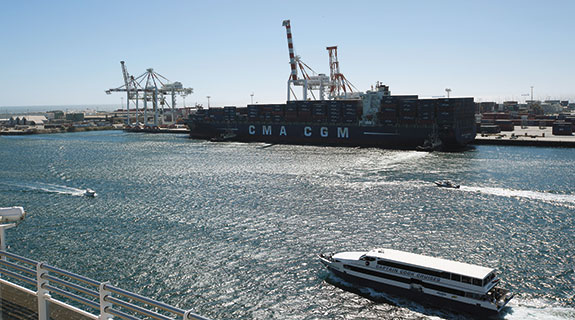 BLOCKED: The government’s plan to sell Fremantle Ports is being stifled by the objections of its partner in government, the Nationals. Photo: Attila Csaszar

A local academic has warned that failure to privatise the operation of Fremantle Ports could have a negative effect on the competitiveness of the Western Australia’s exporting industries.

The port is a major component of the government’s asset sales program, and has been touted as providing a much-needed $2 billion boost to state coffers.

But the sale process is in limbo, with the Nationals WA vowing not to support the sale on transparency grounds.

Premier Colin Barnett would need the support of the Nationals, Labor, or the Greens to pass the legislation through the upper house. 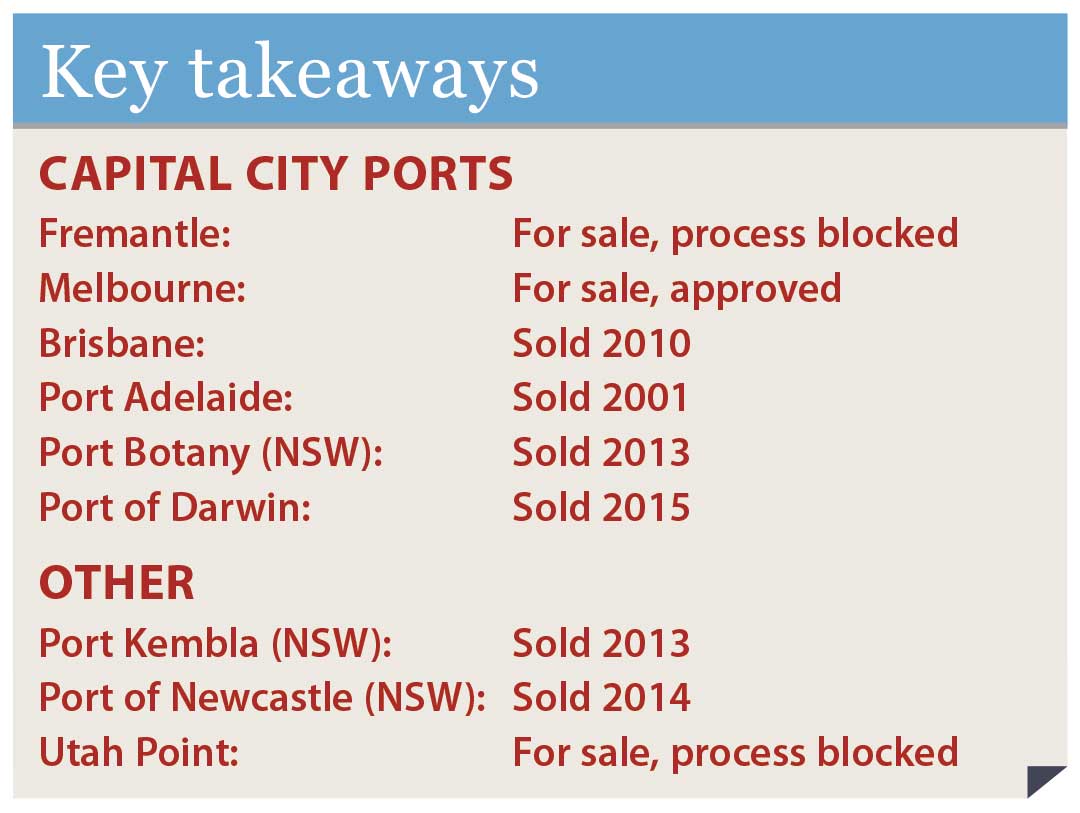 A permanent breakdown in the sale process would deny the state government more than merely the opportunity to recycle a significant amount of capital, however.

“There’s an open question as to how much pain a government can take on to make things efficient on the ports,” Professor da Silva Rosa said.

“There’s a constant pressure on a private sector organisation to look for efficiencies that there isn’t in the government.”

A further benefit would be that a private port would find it easier to inject capital, he said, a particular issue for a state government in a time of high debt.

“It might seem like a minor type of issue to the person on the street but actually improving port efficiency can make a large difference to productivity and therefore economic growth.”

One example was containerisation in the 1960s, while a more recent Australian example was the Patrick dispute in 1998.

Research has reportedly suggested that the introduction of containers almost quadrupled the value of bilateral trade in just five years in industrialised countries, more even than free trade agreements.

An asset sale won’t produce results of that significance, but nevertheless goes to show the importance of efficiency at ports like Fremantle, with trade about 35 million tonnes in 2014-15.

“I’m a free-market person so I would support the privatisation of a port on the basis that it will be properly invested in and become more efficient over time,” Mr Goyder told a recent forum in Perth.

“I don’t know why the port needs to be in government hands.

“And the government needs the money at the moment.”

Mr Goyder said whoever owned the port would need to be capable of being world class.

“I would assume that the government would have some requirements if they sell the port, and you actually want a world class operator to come in,” he said.

“If we’re going to get our products out of WA to the near north efficiently then we want really good ports.

The state’s other major port sale, the Utah Point bulk export facility, has been referred to a parliamentary committee by the Nationals, this time with support from the Association of Mining & Exploration Companies.

They’re concerned that fees and charges may increase, and that junior miners may lose exclusivity as users of the port.