Education Minister Sue Ellery will oversee close to $500 million of spending on schools as the re-elected McGowan government gets down to business. 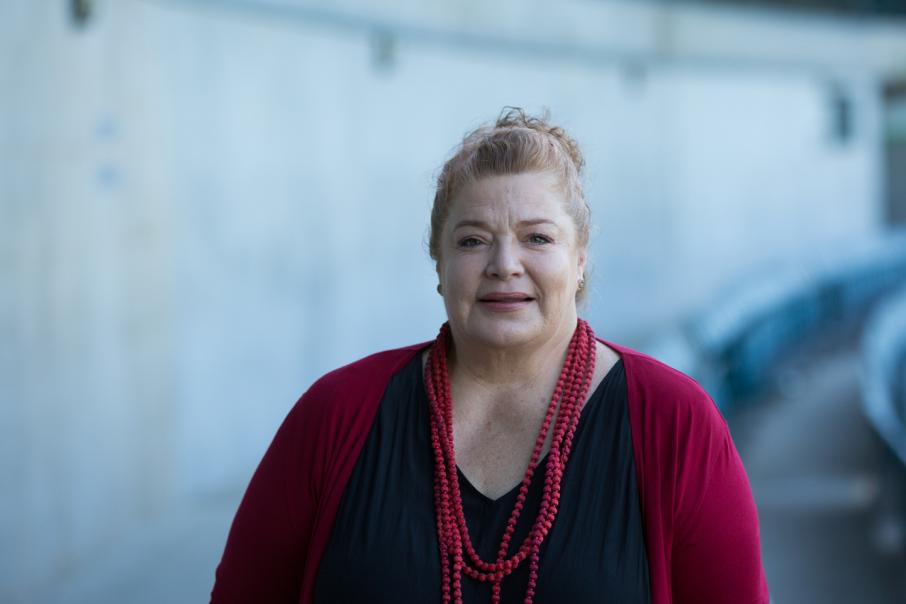 Education Minister Sue Ellery will oversee close to $500 million of spending on schools as the re-elected McGowan government gets down to business.

The figure comes from WA Labor’s pre-election commitments submitted to the Department of Treasury for costing, with 27 relating to either school infrastructure or general spending on education.

Of those commitments, the largest was a $212 million package for the upgrade of 16 schools across Western Australia, including in the marginal electorates of Darling Range, Mount Lawley, Scarborough, Riverton and Kingsley.

Labor won all those seats on election night by double-digit margins.

The second largest commitment was $31 million earmarked for improvements to Duncraig Senior High School, which is based in the electorate of Carine.

The electorate was notionally safe for the Liberal Party WA ahead of the election, however, Tony Krsticevic, who had held the seat since 2008, ended up narrowly losing it to Labor candidate Paul Lilburne.

Mr Lilburne, who ran against Sean L’Estrange in 2017 for the blue-ribbon seat of Churchlands, made upgrades of Duncraig Senior High School central to his campaign, which focused mostly on issues affecting the elderly and education. 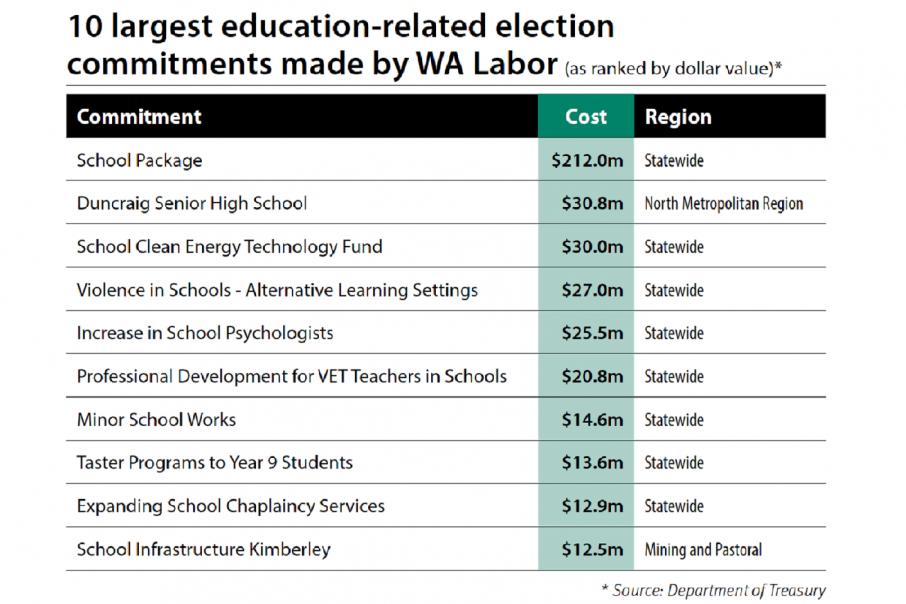 Labor won three of four seats in the Mining and Pastoral region and came close to upsetting Vince Catania in the seat of North West Central, as well as winning seven of eight seats in the South West region and Geraldton in the Agricultural Region.

While several programs were targeted towards specific electorates or regions, about a third of all commitments were made on a state-wide basis, including the school clean energy technology fund, funding for alternative learning settings, and $26 million for school psychologists.

Ms Ellery, who was re-elected earlier this month as the first-placed candidate on Labor’s Legislative Council ticket in the South Metropolitan Region, will continue to hold the education portfolio after being named to the post at the start of Mark McGowan’s first term as premier.