Education players up for challenge 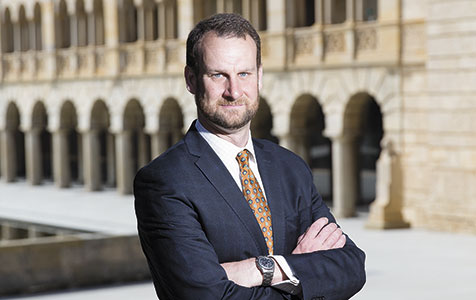 A falling dollar and rebound in international student numbers in 2014 after several poor years may be good news for those operating in the sector, but advances in technology and challenges from emerging markets are keeping the pressure on education providers.

“International students make for a better education for WA students in our classes by adding diversity and global engagement … and we are able to get the best and brightest among them to migrate to our state after they have a chance to experience it as a student,” Mr Anderson said.

Nevertheless, a high currency and increasingly aggressive competition from other nations has put pressure on the sector in WA. 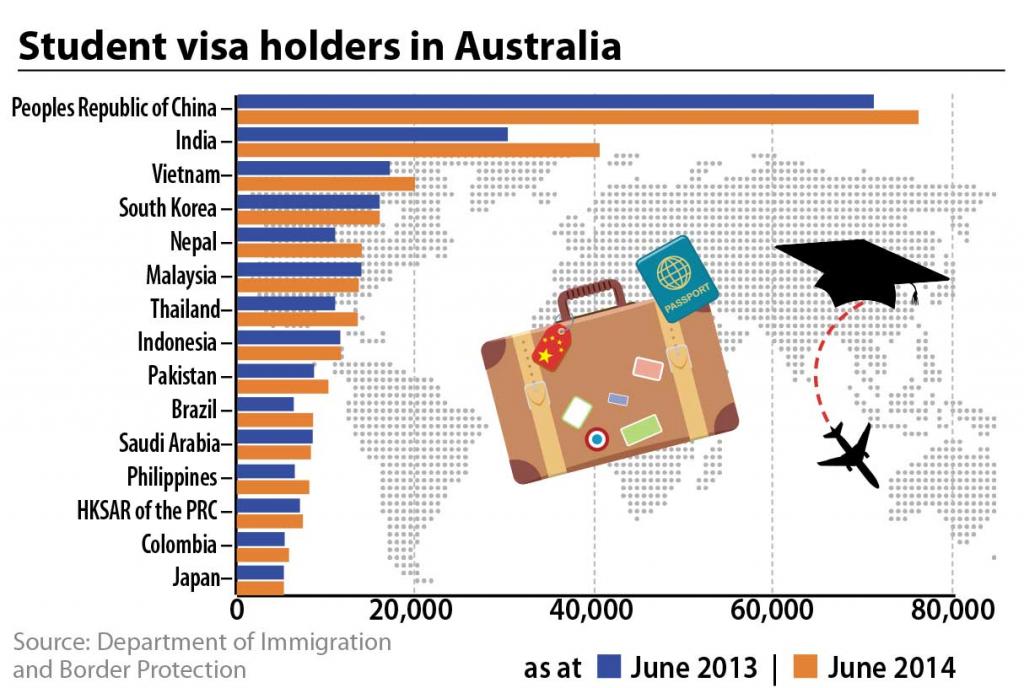 Study Perth executive director Mike Ryan said Canada and New Zealand were joining traditional competitors the US and UK in lifting their share of the market.

“The marketplace is changing very fast,” he said.

“We will be even more competitive now that the dollar is falling.

“When the dollar is at parity or above parity, our proposition becomes much harder to sell.”

Mr Anderson agreed this was a factor.

“When I moved to Australia in 2001, education was one fourth of the cost,” Mr Anderson said.

“It’s a price-sensitive area, so the exchange rates always matter.”

Mr Ryan said the number of students travelling globally for education would continue to rise, but an additional challenge would be from China, which increasingly was allowing international institutions onto the mainland to open campuses.

He said nations such as Indonesia, Bangladesh, Pakistan and even Turkey, which has a huge population under the age of 25 years of age, would form part of the additional demand, as would China and India.

Curtin is WA’s leading provider of international student education, with 32 per cent of its students from overseas.

“This in turn will allow for re-investment into teaching and learning and the building of world-class research activities.

Mr Ryan said technology would also have a disruptive effect on the sector, with the rise of open online courses and free offerings from highly reputable international universities such as Harvard and Stanford.

“If you want to get a perspective on that, what was the world like before YouTube or before email?

“All this happened so fast.

“Ten years is a very long time horizon in this game.”

“The immigration policy, which has facilitated streamlined visa processing and has allowed international students to progress to permanent residency and employment in Australia (in selected areas), has been a major competitive advantage over other countries,” she said.

Mr Ryan said a strong drawcard was that students doing a bachelor degree could remain in Australia for two years after they qualified, but it would be even more appealing if sub-bachelor degrees were included.

Mr Anderson said Australia had benefitted from the recent Knight and Chaney Reviews of the sector, and that education sector reform deserved the same energy that was devoted to coal, iron ore or natural gas exports.

“We should have the same kind of seriousness when we approach international education from the business perspective,” he said.