Pre-school education is powerful, but child care has a different purpose. 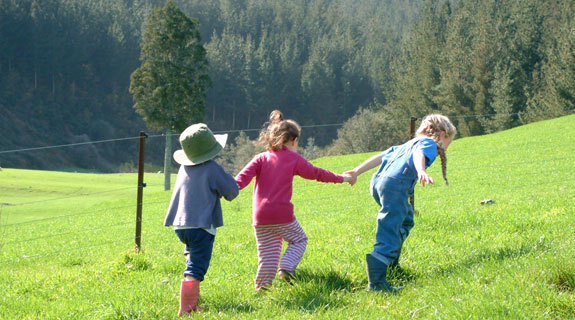 OUTCOMES: Academic performance in schools can be tracked back to the formative pre-school years. Photo: iStockphoto

Pre-school education is powerful, but child care has a different purpose.

With much of the drama surrounding paid parental leave seemingly over, after the federal government shifted its policy settings to child care, I am betting that we will see new front flair up when it comes to how that money is spent.

The argument to be had is over quality standards in child care and the sector’s proposed role, in the national interest, to improve the quality of the education component of child care (because a lot of academic performance in schools can be tracked back to the formative pre-school years).

All states and territories endorsed the National Quality Agenda in 2009 to regulate child care systems across Australia. It mandates increased minimum standards in various aspects of care and includes a ratings system.

Importantly, the NQA was to mandate substantial reforms to staff-to-child ratios and carer qualifications. I am not sure exactly how far down that path we have gone, but I doubt the preferred settings outlined in the NQA have faded.

However whether we like it or not, higher staff-to-child ratios and a requirement for more staff to have higher educational qualifications will mean more expensive child care – either to the user or government (if a subsidy is involved).

The problem with that is it is completely at odds with the key demand of working women at all parts of the spectrum – the provision of more affordable and more easily available child care.

Certainly, working mothers want some standards; they need to feel their child is being safely cared for. But let’s face it, most career mums have managed to do this to some degree without the assistance of the government.

Those who want pre-schooling to become the next element of federal-funded education should excise it from child care. The two are not the same thing.

Firstly, kids in child care are there because their mum wants, or needs, to work. The more expensive the child care is, the less the incentive is to work. So that could be a socially damaging outcome – one that is more inequitable than you would think.

Secondly, there are mums who don’t want to work. How come their kids miss out on special government-mandated education standards? Is that fair?

It would be even more ironic if, by raising the cost of child care due to this, we end up forcing more lower-income mothers out of work. Their kids would be excluded from this pre-school education as a result and their mum’s career would be ended. That’s lose-lose in my book.

While pre-school education has merit, it has to be completely removed from the child care debate.

It is not just a budget question; there are complicating factors like available resources. It would take a long time to train a suitable number of qualified graduates to meet the nation’s mandated (rather than organically grown) demands, not to mention the bureaucratic system required to regulate it.

Child care is about getting mums back in their careers to earn income on which they pay taxes. The federal government, therefore, gets a revenue boost as well as a positive social policy outcome.

It’s much harder to calculate the benefits of assuming a state responsibility, although it might be palatable if it was seen as a short-term problem.

Arguably, the additional cost of education, rather than child care, is really just a once-off. The argument is that pre-school education sets kids up better for later traditional schooling, especially those who are likely to struggle. Trying to remediate children later, especially in high school, is much more difficult, time consuming and expensive.

The simple answer is to reallocate resources to where they work best.

The problem is that, no matter how poor late high school intervention is, we can’t just take resources from it overnight and doom a whole cohort of students that will miss those resources, both at the beginning and end of their schooling.

That is where the federal government could help – by helping ‘grandfather’ through the students who have missed the pre-school education component but still remain at school. Presumably, there are about 12 years of such spending, although it would diminish each year as the new cohort that has benefited from early-childhood intervention moves through the system.